As of noon on Thursday (EST), ISIS was holding 262 Assyrians, but a report an hour later indicated another village was attacked and scores more Christians kidnapped, bringing the estimate to 350 and counting. 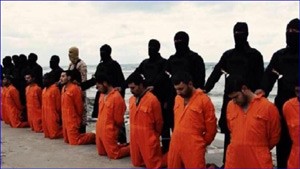 Todd Nettleton, spokesman for the Voice of the Martyrs USA, says the numbers won’t always agree from story to story because it’s fluid situation. “Some of that, I think, is just the chaos that [happens] after a village was ransacked: ‘Who’s missing? Who fled? Who’s hiding?'”

Numbers aside, the next question is, “What’s going to happen now? There’s been speculation that [ISIS] will look to trade them back for ISIS fighters who are being held prisoner, but I think after Libya [with] 21 Christians being beheaded, you’ve got to wonder if widespread killing is now going to be the thing that they’re shooting for.”

That seems to fit with a report from an E3 Partners prayer vigil group on Facebook going by the name 8thirty8:

“In addition, some heartbreaking news Amir told us today: one of the godly men he does ministry with, his wife’s family were amongst the 150 that were kidnapped. Would you pray for Ali, his wife, and his family?
*Lord, use this horrible situation for Your good, renew their strength, comfort their grieving families, we ask!*”

Nettleton says this shift in tactics raises more questions than answers. “The big question in my mind is: ‘What’s the plan here for ISIS?’ This hasn’t been their typical mode of operation. They have allowed Christians to stay, or they have allowed to Christians to leave the villages safely.”   The rules of the game have changed. “For the Christians there, some had stayed and lived even under ISIS control. Some had paid the jizya tax, but they were still remaining in areas where ISIS held heavy sway. What I think this situation shows it that those Christians, for their own safety: they have to leave.”

The other question this raises is whether or not ISIS makes a distinction between cultural Christians and “people of the Cross.” Some ministries have indicated there isn’t a difference. Nettleton demurs on that point. “It’s important to understand that ISIS treats those two groups of Christians, whether you grew up in a Christian family or whether you converted from Islam: that’s a totally different thing to them. Those that convert would be apostates. They would be executed immediately.”

To what end? The Islamic State is following the prophecy and example of Mohammed as they force new territory under its influence. It’s a group that has a careful methodology of sweeping in, securing banking, government, judicial and educational systems. They’re vision is long-term caliphate: an Islamic government led by a caliph, the successor to Mohammed.

In that vision, there is no room for dissent. No room for Muslims who don’t adhere to the same ideology. No room for non-Muslims, and zero place for the people of the Cross. It almost seems ludicrous to wonder about how the Gospel comes into play in this scenario.

Yet, Nettleton recalls the last moments of the 21 Egyptian Christians who were beheaded in Libya. Many of them died with the name of Jesus on their lips. “Pray that these Christians will also call on the name of the Lord as they go through this time of trial, that they will know His presence, and know the reality of His love for them. Also I think we can pray that somehow they’ll be a witness.” A witness to whom? Nettleton clarifies, “That they’ll have opportunities to speak a word of encouragement, to speak something that that will plant a seed in the hearts of these killers, that they, too, will come to know Christ.”