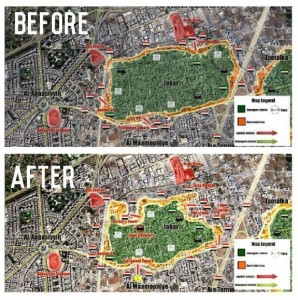 Syria (MNN) — ISIS advances over the weekend are putting Syria back into the international spotlight. According to BBC News, ISIS advances that began a week ago brought terrorists within six miles of Kobane, a Kurdish town in northern Syria, on Sunday.

ISIS advances last week resulted in another 60 Syrian villages falling to the renowned black flag. According to the Syrian Observatory for Human Rights, Kurdish forces withdrew and 39 villages fell to ISIS on Friday alone. Between 130,000 and 200,000 Syrian refugees fled from Kobane into Turkey as ISIS militants approached their community.

Most Syrian Kurds crossed the border when Turkey created an opening stretching 19 miles; however, by Monday, Syria’s neighbor had closed all but two border posts.

According to CNN, the recent release of 49 Turkish hostages–captured when ISIS took over Mosul this summer–has freed up Turkey to join an international coalition to combat ISIS. However, underlying tensions between Turkey and Kurdistan are being inflamed by the sudden addition of Syrian Kurdish refugees.

Christian Aid Mission, your link to indigenous missions, has been partnering with indigenous ministries in the Middle East to provide physical and spiritual assistance to refugees since the start of Syria’s crisis. 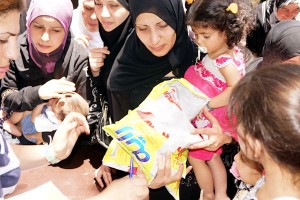 With financial support from Christian Aid, local believers are providing food, blankets, clothing, milk for children, and shelter to needy refugee families. They are also praying with refugees and listening to their heartbreaking stories, as well as sharing the Good News of Jesus Christ.

The need is immense and Christian Aid’s network of indigenous ministries in adjoining countries, as well as within Syria itself, is poised to respond with more emergency relief. They are pleading for Christians around the world to assist them through prayers and financial support.

Will you pray for indigenous missionaries in Turkey as they care for even more Syrian refugees?

Pray for peace in Syria and in its neighboring countries, and for comfort to those who have been traumatized by their experiences. Pray that the love of Jesus as demonstrated by Christian workers will open doors to share the Gospel with refugee families. Ask the Lord to encourage Syrian believers and provide reassurance that they have not been forgotten.