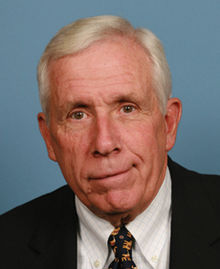 International (MNN) — A former congressman has created a new religious freedom organization, motivated by the persecution of the Church around the world.

Frank Wolf, co-founder of the 21st Century Wilberforce Initiative, says the church and government have been relatively silent on the issue.

On a recent fact-finding mission to Iraq, he says the Christian church is facing extinction. The agency released a report warning that if the Islamic State (IS) in Iraq is not stopped, Christians, Yezidis, and other religious and ethnic minority groups face a looming genocide. What was once home to 1.5 million Christians is down to approximately 300,000.

The Wilberforce delegation traveled close to the Islamic State frontline and later visited the Nineveh Protection Unit, a Christian defensive guard being trained to defend historic Christian villages and towns if and when they become liberated from the Islamic State.

According to a press release, Wolf said they interviewed about 75 people while on their fact-finding mission in Iraq. The delegation found that six months after fleeing the Islamic State’s murderous march through their lands, Iraq’s displaced religious minorities feel abandoned, and they implore the international community to help.

Wolf said they were asked, “Does anybody in the church in the West care about us?” 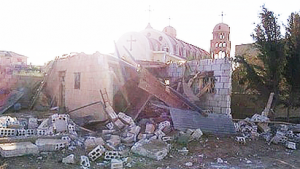 The question has resonance, says Global Advance founder and chairman, Dr. David Shibley. “We used to read about those who were beheaded for the testimony of Jesus. It seemed like some sort of vague eschatology. Well today, it’s this morning’s news. We are in a very critical time in history. It’s a time to lift high the name of Jesus, to make clear and broadcast the Gospel.”

Sadly, says Shibley, too many Christians in the West remain unaware. “It is an issue that we cannot intelligently ignore. Our brothers and sisters are facing some terrible situations around the world. The Bible is very clear: ‘If one member suffers, we all suffer.'”

Due to the rise in Hindu nationalism, Buddhist extremism, and the explosion of the Islamic State terror group, it’s something that they’re faced with in every Frontline Shepherd’s conference. In fact, on Monday “I received a communique from a pastor friend of mine in Asia. He asked for prayer because over the last three weeks, he and his family have been threatened with death three times–the latest being a 4:00AM phone call, threatening to kill him and all of his family.” The church this friend serves runs a school, too. The school offers a non-discriminatory education, which is embraced by much of the community. The reason he’s being targeted? He preaches the Gospel, says Shibley. 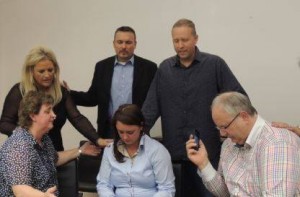 Why resist what’s good for a community? Some community leaders don’t want the power structure to change. When people turn to Christ, it means they’re leaving something else and taking with them community influence. “In some cases, because there is an attempt to lift people out of ignorance, those who chose to stay ignorant of God and His ways know of no other recourse but violence.”

During Holy month, the Global Advance team is traveling to encourage these beleaguered pastors, Shibley adds. “In April, we’re going to be in nine training events around the world. Interestingly, seven of those nine training events are in nations where the Church is experiencing rather acute persecution.” It’s a particularly dangerous time to gather a large body of Christians together. However, Global Advance teams are trying to let the Persecuted Church know they haven’t been forgotten.

Here’s how they help: “We’re going to teach them about how to more effectively evangelize and disciple their nations; how to effectively plant churches; how to become a missionary-sending church, themselves.”

Even if they didn’t do all of this, Shibley says it’s important not to underestimate the power of encouragement. It brings hope and eases the weight that comes with persecution. “In the middle of all of that, [it’s helpful] simply to be on site and say, ‘We care. We’re undergirding you. You’re not forgotten by the rest of the body of Christ.’ At this time in history, it’s a very important ministry.” 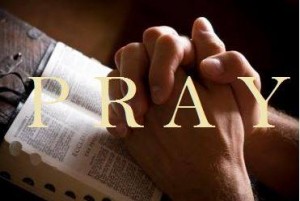 The question Congressman Wolf was asked by Iraqi Christians, “Does anybody in the church in the West care about us?” is a call to action. Shibley says it’s time to respond. “We act, first of all, by not minimizing the power of prayer: understanding that prayer is a potent force, that there is (as someone said long ago) ‘no distance in prayer,’ but we need to pray intelligently. We need to pray over the events of our day.”

Why pray for boldness? “We need to pray for what the Early Church prayed for when they experienced their first bout of persecution. They came together, they prayed; they said, ‘Lord, behold their threatenings, and grant your servants boldness that we might preach your Word.’ That’s the same thing that we need to pray for today.”