USA (MNN) — You may be wondering what’s going on in the United States.

A move to legalize same-sex marriage throughout the nation has sent churches into confusion and uncertainty. What’s next?

Barna Group Research and the Pew Forum back up that observation that America is moving toward post-Christianity. In fact, in just two years, the percentage of Americans who are categorized as “post-Christian” accelerated from 37% in 2013 to 44% in 2015. The study, published earlier this month, notes that the highest percentages of post-Christian Americans are living in urban areas of the northeast and Pacific Northwest.

For a country founded on principles that acknowledged God and the Bible, it’s not good news. Biblica CEO Carl Moeller notes, “It’s a dramatic shift in the way in which Christianity plays a role in society and culture. Basically one can look to Europe and the empty cathedrals and churches of Europe as a post-Christian culture.”

That begs the question: how did we get here? Moeller reveals, “Our research at Biblica Institute identified one glaring change in people’s Christian commitment, and that is in terms of Bible reading. The decline in Bible reading has been dramatic.”

So you don’t read your Bible every day. Does it really make that big a difference? In Moeller’s opinion, it does. “It really presents a dramatic problem because, when a culture that has been founded on the biblical narrative no longer recognizes the importance of that narrative in its current state, the culture is open to wild changes.” What’s more, he adds, “If present trends continue, a two-thirds majority of America by 2030 will have virtually no knowledge of any Bible stories or biblical reference.” 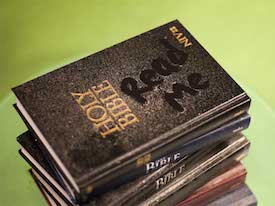 How did researchers figure out what Post-Christian America look like? In the survey of 60,000 people over 7 years, respondents were asked about several categories. Some of the factors used to gauge categories included “whether individuals identify as atheist, have never made a commitment to Jesus, have not attended church in the last year, or have not read the Bible in the last week,” explains Moeller.

With the rise of mega churches, he says, “The church, as a celebrity-based church, has substituted the word of these celebrity leaders for the Word of God.” He explains that “we’ve created a culture where Christian books have taken on the role of best-sellers and created a momentum of ‘these are great ideas!’ Unfortunately, as the church has done that, it has also walked pretty steadily away from the authority of God’s Word.”

What’s more, the next generation is disappointed with their preparation for their lifelong journey. It’s personal, adds Moeller. “With the assault on our Christian worldview through this post-Christian America, my kids have come back and said, ‘The churches have not given us what we need. They’ve basically given us a watered-down pop psychology of how to live a better life.’”

But is Bible engagement really the answer to problems like same-sex marriage, ISIS and major disaster? It is. Moeller suggests, “What I’m talking about is simply people understanding that God’s Word has something to say to us today–not reading it in little snippets, but reading it deeply, and reading well, and understanding it, and being taught from the Bible.” Every instruction teaches the follower of Christ how to respond to all of the social ills. Simple, yet complex. “God’s Word is transformative. It does truly make a difference in our lives. It saves our souls, and it saves our culture if we’re spending time in it.” 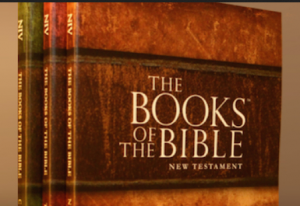 The problem is how to increase Bible engagement. Biblica has a few Bible reading plans available to help people walk through God’s Word. Another tool is the Books Of The Bible format. Moeller explains, “It actually reflects both historical and literary integrity of the New Testament. Take Paul’s letters, for example. While we still have chapters, and breaks for the natural thought chapters that are there, we’ve taken out the verses.” In the New Testament, for example, the book reads like the letter it was intended to be (Pauline epistles). Moeller reminds us that at its core, the Bible is a story.

When you experience God’s Word in a presentation that honors the original literary form, it can transform the way you read. And, who doesn’t love a good story?