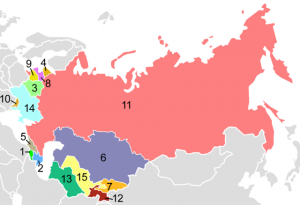 Former Soviet Union (MNN) — A quarter-century has passed since the Berlin Wall fell and Communism began losing its iron-clad grip on 15 nations now known as Former Soviet Union territories. But recent developments in FSU countries, especially those taking place in Ukraine, have Slavic Gospel Association (SGA) partners concerned that the so-called Iron Curtain could be going back up.

On Friday, Russia was accused of sending even more military support to separatists in eastern Ukraine. Russia continues to aggravate the situation in Ukraine, despite openly supporting a ceasefire in early September.

“Shortly after President Vladimir Putin came to power, he made that statement about the collapse of the Soviet Union being the greatest geo-political disaster,” recalls SGA’s Joel Griffith.

“These activities that have taken place in the past few months have Ukrainian churches very concerned.”

Taking down the Berlin Wall 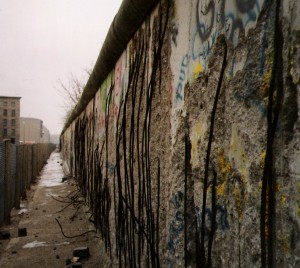 A view of the East side of the Berlin Wall taken in 1990 (after the border was opened). The graffiti seen in the photo would date from after the border was opened. Most sections of the Berlin Wall were damaged by both local residents and tourists during the period after the wall was opened, either to hasten the removal of the walls or in order to obtain souvenirs.
(Photo, caption courtesy Bob Tubbs via Wikimedia Commons)

The 1989 destruction of the Berlin Wall, which separated West Germany from Communist-controlled East Germany, began a march toward disintegration for the Soviet Union. Beginning November 9, 1989, the check point separating East and West Germany was opened, and thousands of refugees began flooding across the border.

“People were chipping off pieces of the Berlin wall so they had some souvenirs to take back,” says Griffith. “A few weeks later, then, the whole 96-mile long Berlin Wall was brought down.”

SGA President Bob Provost, who happened to be in the Soviet Union at the time, was astounded by the societal changes this event produced. As he handed out New Testaments in the Russian language, Provost saw a tangible hunger for spiritual Truth.

Since the Soviet Union disbanded in 1991 and the Commonwealth of Independent States (CIS) was formed, Russia has kept a hold–albeit, often a “loose” hold, by Communist standards–on countries formerly hidden behind the Iron Curtain. 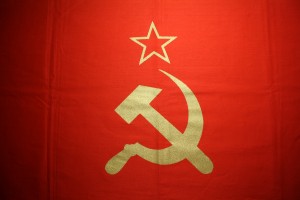 But, each attempt to free itself from Russia’s grip moves Ukraine into further turmoil. What began as peaceful protests last winter has descended into a massive humanitarian crisis. The country continues to teeter on the brink of civil war; violence has killed 4,000 people to date.

“We don’t really know what lies ahead, but we do know this: the thousands of people impacted are still going to need help,” concludes Griffith.

Since the crisis began nearly a year ago, SGA has been helping Ukraine’s evangelical churches reach out to those in need through their Crisis Evangelism Fund. Griffith says the financial support has allowed church partners to put the Gospel into action.

“They’ve had wonderful opportunities to evangelize and show the love of Christ to these families,” he shares. “Now that the winter’s beginning to set in, we’re trying to help provide warm clothing.”

“Only the Lord knows what tomorrow’s going to bring, and as this conflict continues to escalate, certainly the churches are going to have a whole lot to do to try to minister to the needs of their people,” Griffith notes.

Keep surrounding Ukraine and its people in prayer. Pray also for religious freedom in the Former Soviet Union nations.