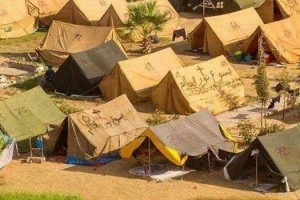 Iraq (MNN) — “Could this happen to us in America?” That was the question from Patrick Klein President of Vision Beyond Borders following his recent trip to Northern Iraq.

Klein just returned from visiting refugee camps in and around Dohuk. The stories he heard were heartbreaking. The testimonies of Christians were amazing. The needs of refugees: overwhelming.

President of VBB Patrick Klein says he visited Iraqi refugees forced from their homes in Mosul–many of them, Christians. “Most of them have lost hope, and they’re just discouraged. They say, ‘Where do we go? What do we do now? Maybe if we come to America or Europe, we can start a new life.’ I don’t want to see 300,000 Christians leave Iraq [with] no Christian witness left in Iraq.” 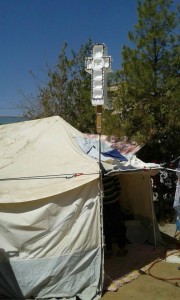 Many of the refugees are college educated, middle class Iraqis who had good jobs and bank accounts to help support their families. That all changed with the Islamic State started taking over in June. “There were 52,000 security forces protecting Mosul and the surrounding area. There were 3,000 ISIS. They believe Maliki, the former president of Iraq, told the generals to lay down their arms and surrender, and they don’t know why.”

When that happened, ISIS started going from village to village forcing Christians to leave. “A lot of [the Christians] had Muslim neighbors they knew for 30 years. These Muslim neighbors said, ‘Get out of Iraq. You don’t belong here. We hate you Christians.'”

They were forced to either convert to Islam, leave, or die. “One man told us: ‘I think God is chastising us because we forgot God. We stopped reading our Bibles. We stopped praying. Maybe God is using this.’ He said, ‘I want to tell you, my family and I we’re having devotions together every night. We’re praying together. We’re reading the Bible together.’ He said, ‘We realize that all we have is Jesus.'”

According to Klein, this trip was the hardest trip he’s ever made. It forced him to ask an important question. “I thought: ‘Could this happen to us in America? Could we be forced with a decision? Are we going to follow Christ, or walk away from everything we own?’ I pray that the church in America would love him passionately, that we would not lose our first love.”

The spread of ISIS is also impacting nominal Muslims who are helping refugees. Klein says, “A lot of people–Muslims–are saying, ‘If this is what Islam is, we don’t want to be Muslims anymore,’ and they’re opening up to the Gospel.”

VBB is working through local churches on the ground there to provide for the needs of refugees. They hope to fill a shipping container. “We’re going to send hygiene supplies: shampoo, soap, washcloths, toothbrushes, toothpaste, basic toiletry supplies. And then, we’re also going to send in some medical supplies: vitamins, Tylenol, bandaids, and Neosporin–things like that.”

Klein says you can either send in cash so VBB can purchase the supplies, or you can collect them yourself and send them to VBB’s Wyoming office. Click here for additional information about VBB and their work worldwide.