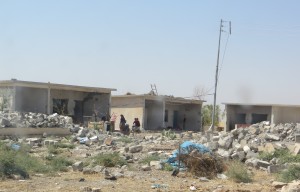 A village in Iraq destroyed by ISIS.
(Image courtesy ANM)

Iraq (MNN) — Do you ever feel completely helpless about what’s going on in the Middle East? Well, that’s why we bring you stories like this one. Advancing Native Missions says their partners in Iraq are helping people displaced by ISIS.

But, with winter quickly approaching, they’re in need of your help.

As this recent article from the Wall Street Journal explains, families are on the move daily in Iraq. Islamic State advances have essentially divided Iraq and its displaced people into three regions: one controlled by the Kurds, one controlled by ISIS, and another held by Iraq’s Shiite army.

ANM recently shared an example on their blog: 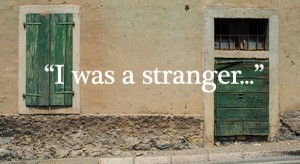 There was a knock, then Ammar’s wife opened the door to find a man and his son standing there. The man explained that they had escaped from Mosul and were looking for a place to stay. Ammar’s wife told him, “We are Christians.” Bursting into tears, the man responded, “I and my family love Christ.” The couple invited them in and prayed with them. Then the man left to get the rest of his family. For Ammar and his wife, strangers at the door had been revealed as family in Christ. For the family from Mosul, the Lord had provided shelter and hospitality in a time of desperate need.

Christians throughout Iraq, like the couple mentioned in this story, are opening their homes to people displaced by ISIS. ANM’s national partners are helping these believers put Christ’s love into action by providing daily supplies for the refugees: things like shampoo, towels, diapers, first aid kits, and more. 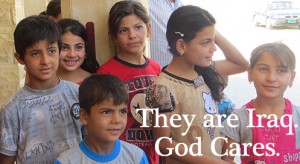 With northern Iraq’s harsh winter quickly approaching, the need for more supplies is growing dire. ANM is collecting supplies for a container they hope to fill and send to their partners in Iraq by the end of October.

Most importantly, please continue to pray for the situation in Iraq and Syria. Pray that ISIS terrorists will somehow be contained. Pray that more supplies are gathered and sent to refugee families.