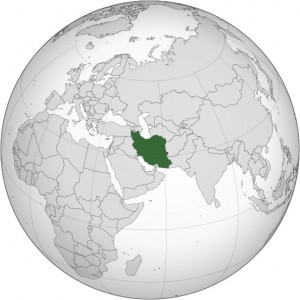 So far, Netanyahu’s advice has largely fallen on deaf ears, and the negotiation deadline is fast approaching. Israel’s PM has long warned the international community about Iran’s ambition to develop nuclear warfare.

Despite all of this, church leaders are celebrating. SAT-7, a Christian satellite television ministry to the Middle East and North Africa, says there’s a new Bible for a new Iran.

The New Millennium Version’s language and style make it more accessible to readers, especially novice Bible learners. Its translation uses modern, easily-understandable language. The NMV also strives for literary excellence, in recognition of the deep love Persians have for poetry.

Rev. Dr. Mehrdad Fatehi, Coordinator and Chief Editor of the New Millennium Version described the translation as a new Bible for “a new Iran,” referring to what some have called a “tsunami” of church growth in the country.

At the time of the 1979 Iranian revolution, there were few Christians outside of Iran’s Armenian and Assyrian communities. Now, Iran is thought to have the fastest-growing church in the world.

According to SAT-7, Farsi speakers in Iran are actively reaching out and searching for a deeper relationship with Jesus. Many do not have access to physical Bibles but are finding the words of Scripture on the SAT-7 PARS channel. Some have contacted SAT-7 PARS and shared that when Bible verses are shown on the TV screen, they hurry to write them down on paper so they can continue to study them.

Please pray that God will use this new translation of the Bible to declare spiritual truth to Farsi speakers, and that those who cannot access a physical Bible will learn its words through SAT-7 PARS.

Click here to learn more about SAT-7 PARS, which broadcasts to an audience of over 2 million Farsi-speakers in Iran, Afghanistan, and Tajikistan. You can help God’s Word reach more people in Iran with a gift to SAT-7 PARS. Find out how $1 can bring SAT-7 PARS to one person for an entire year.