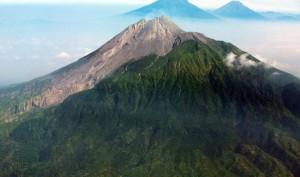 Indonesia (MNN) — There’s good news coming from Indonesia, at least as it relates to the report we shared with you on Friday. Pastors supported by Forgotten Missionaries International (FMI) say the government is cracking down on ISIS.

“The national government in Jakarta via the national department [of] education has stopped this teaching and [removed] this lesson book,” reports *Hanif by e-mail.

“The government said that the teaching is very dangerous for national unity and harmony.”

The textbooks weren’t distributed in all areas of East Java, Hanif adds. Because of the government’s quick response, he believes the propaganda shouldn’t be an issue in the days to come.

“The [administration] of President Joko Widodo is very concerned with tackling radical Islam, like ISIS,” he observes. “Nowadays, the radical Muslims are not as visible as they were years ago.”

President Widodo and his administration are taking a proactive stance on the ISIS threat, but police were calling for extended permissions to track down suspected offenders at the end of last week.

“Our legislation today is not sufficient to cover and to prevent and to investigate those supporting ISIS,” National Police Inspector-General Tito Karnavian told the Wall Street Journal.

According to police figures, over 500 Indonesians have left for Iraq and Syria to allegedly join the ranks of ISIS. While the Islamic State agenda remains a threat for national security, it has yet to find a widespread appeal among Indonesia’s “moderate” Muslim population.

Public rejections of ISIS ideology have been circulating in Jakarta since last year, reports The National Interest.

“I hope and pray God will always protect Indonesia from the brutality of the radical people,” shares Hanif.

The Widodo administration’s “zero-tolerance policy” regarding ISIS advancements protects Indonesia’s Christian population, as well as the Muslim majority. By halting the spread of radical Islam, it leaves doors open for FMI’s pastors to share Christ. 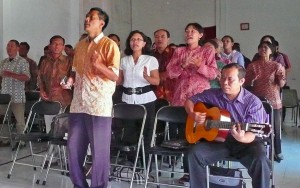 FMI helps national Gospel workers as they advance God’s Word throughout Indonesia. FMI resources pastors with the best literal translation of the Bible to share with congregations, as well as building materials for church construction.