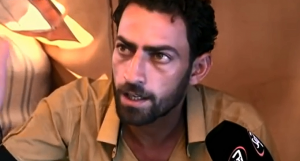 Middle East (SAT-7) — The rapid advance of ISIS fighters from across the Syrian border into Northern Iraq took the world by surprise, as did their brutality against Christians, Yazidis, and other minorities.

When ISIS overran the city of Mosul in July, Christians were given the ultimatum: convert to Islam, pay the jizya tax (a humiliating sign of submission by religious minorities in conquered Islamic territory), leave, or “face the sword.” With only the possessions that could be carried, thousands fled by car, truck, or even by foot across the mountains to the relative safety of the region of Kurdistan.

In September, a SAT-7 film crew traveled to Kurdistan to gather information from the refugees and the churches sheltering them.

Bridges presenter, Dr. Ehab El Kharrat, said what he witnessed in Kurdistan was beyond belief. “We saw thousands of people sleeping in churches, courtyards, parking lots, and even in chicken sheds. A young boy wept on my shoulders because his father was beheaded in front of him. A woman wept because her daughter was taken: she knows women, once taken, are sold as sex slaves. Another woman shared how her 3-year-old was taken away: it seems that pedophilia is in the cards. It’s horrendous.”

Dr. Ehab is a prominent Christian and politician in his homeland of Egypt. He was elected to the upper house of the country’s Parliament after the 2011 revolution, and chaired its Human Rights Commission. He believes that through SAT-7’s live program Bridges, “We have contributed to raising awareness . . . of the spiritual principles in politics. We demand religious freedoms for all.”

As well as documenting the situation of displaced Christians in Iraq, the Bridges crew provided a way for them to tell their personal stories and to be a witness for their faith. They interviewed one man who lives in a tent on a church compound, having left everything he owned behind in Mosul. He said, “Our faith in Jesus Christ is strong. Whatever they want to do to us, let it be. And if they put a knife to my neck I will say, ’Kill me.’ My faith will ever be in Jesus Christ until death.”

ISIS marked all Christian property in Mosul with the Arabic letter N for Nazarene, rather like the Nazis marked the Jews with the Star of David. But many believers in Kurdistan explained that they are proud to be marked in this way.

“So they marked us with the letter ‘N,’” said one displaced church leader from Mosul. “I’m proud of this; it carries the meaning of serving, sacrificing for others–all the positive meanings.”

Things could get worse with the onset of winter. Sherif Wahba, the producer of Bridges, met an elderly man and his wife who have lost 27 members of their family. They are so traumatized by these deaths that they can’t speak. Their story was relayed by another refugee. Like thousands more, they live in a small tent and are extremely vulnerable as the temperatures begin to plummet.

SAT-7 is using Bridges to call on Christians across the Middle East and the world to pray for all who suffer because of the inhumanity of ISIS and other such groups.

To support the work of SAT-7, click here. Help SAT-7 encourage families with uplifting Christian programs and the Word of God.

Pray for those suffering and for their faith to be unshaken and unbroken.