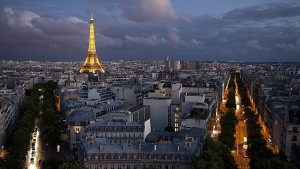 France (IMB) – [The following story was written for the International Mission Board by Nicole Lee, a writer for Baptist Press’s London Bureau.]

International Mission Board (IMB) workers in France pray the terrorist attack January 7 in Paris by Muslim extremists will not result in a greater divide between secularism and people of faith.

“The journalists who lost their lives have now become martyrs for the freedom of the press and the freedom of speech,” said an IMB worker living in France, we’ll call her Tara Chaney. “We are praying that the outcry against these heinous acts committed by religious extremists will not become outcries against anyone who claims to have any sort of religious belief.”

According to a church planter in Southern France, we’ll call Mark Stone, the polarization of French politics can be traced almost entirely to immigration issues and racial and religious fears.

“There exists today a delicate tension in France that teeters toward breaking, and [Wednesday’s] tragic events will likely serve to further stir up the tension,” he said.

This act of terrorism is the worst France has had in 50 years, leaving 12 dead and 3 critically wounded at the offices of the satirical newspaper Charlie Hebdo. The weekly is known for its pieces critical of Muslim prophets, Islamic State, and terrorism, a practice that has resulted in protests and death threats from Muslim extremists for years.

On Wednesday night, over 15,000 people filled the streets of Paris carrying signs saying “Je suis Charlie” (I am Charlie), an act that indicates the strong solidarity the public feels with their fallen countrymen. Thursday, January 8, became national day of mourning, and for three days after, flags were flown at half-mast.

“I wish I could be there to mourn with them,” said Stone, who is currently out of the country.

IMB has several missionary units serving in Paris, but they’re not worried for their own safety.

When asked if he thought recent events created an increased risk for missionaries, Stone said, “I don’t really see it that way; this was a targeted attack that had nothing to do with us. Implications for backlash and a stronger divide between secularism and all religion as well as racial tension are my main concerns following this horrific event.”

Leaders of religious organizations were received at the president’s palace Wednesday evening. The consensus is: no act of terrorism should ever happen in the name of any religion.

“Right now, we are praying that the people of France will turn toward God and not away from Him,” Chaney said.

To learn more about the current spiritual realities in France and to discover how you can pray, click here.