USA (MNN) — This weekend is Super Bowl Sunday in the United States. While it’s about American football, key government leaders say much more takes place, and it isn’t good. 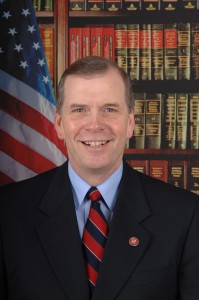 U.S. Congressman Tim Walberg of Michigan helped lead the debate on the floor this week that helped pass 12 anti-human trafficking bills. “They hit the issues relative to the agencies, departments, homeland security, law enforcement, welfare, human service providers that come in contact with this issue and beefing up their ability to deter and detect.”

This legislation will also help private citizens identify the problem.

Will it curb Super Bowl sexual exploitation? Walberg says, “It can’t help but help. The idea of being able to train people to profile–I mean, that’s what we’re actually talking about, profiling–human trafficked victims as well as traffickers is an important component part of this legislation.”

Donna Abbott with Bethany Christian Services works with refugee and immigrant victims. She says the welfare part of the program will help victims. Why? “Remember, everything that they’ve had has been taken from them or removed from them, and so once they are identified, they need services: housing, clothing, food, and help with employment.”

Abbott says this legislation will help Bethany do more training, raise awareness, and provide the resources needed to help victims.

The bipartisan legislation moves to the Senate for consideration. Bipartisan support is expected there. It’s unclear it the president will sign the legislation if it makes it that far.