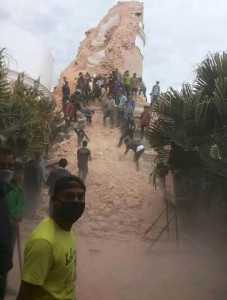 Now, aid agencies are adding another one to the list: human trafficking. Traffickers are reportedly posing as aid workers to access survivors; then they scout for girls to either kidnap or lure away.

A local health worker recently told The Guardian, “People here are now desperate and will take any chance. There are spotters in the villages who convince family members and local brokers who do the deal.”

“There [are] always perpetrators trying to abduct these girls,” says Wes Flint with Vision Beyond Borders.

He says Nepal was a prime source for traffickers even before the April 25 earthquake. Between 2013 and 2014, approximately 13,000 women and children were trafficked out of Nepal, the UN reports.

“They use different means and manipulation; they’ll even offer to marry a young girl, and then later that young girl will find [herself] being sold into sex trafficking,” says Flint. 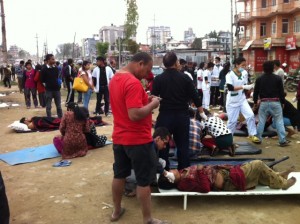 While they might wear a different disguise this time, traffickers’ tactics aren’t expected to change much. Conditions in Nepal were difficult to begin with, and the earthquake has magnified those challenges, which could make the siren song even more appealing.

VBB’s contacts in Kathmandu are already on the move, Flint reports.

“They are going to be looking for these girls that may fall victim [to traffickers] so that we can create trust, communication, transparency, and — most importantly — a safe place, so that these girls will fall into the right hands and not fall victim to manipulation,” he shares.

Committing for the long haul 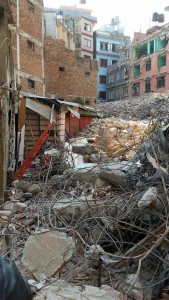 Flint and a small team are heading to Nepal to join their efforts today.

“Rebuilding in Nepal likely will take many, many years,” says Flint. “Our primary focus [on this trip] is to erect more temporary shelters, because many of these villages have been completely destroyed.”

Along with bringing in more tents and tarps, Flint and his team will be distributing clean water filters, food, and hygiene supplies.

“Our goal is to create a stable environment,” Flint says. It won’t happen overnight, and that’s why VBB is committing to recovery efforts in Nepal for the long-haul.

“There will be a growing need and an ongoing need. I suspect it will probably go for years.”

Will you surround Nepal quake survivors, and the believers who are helping them, in prayer?

“[Pray] that we would demonstrate the very virtue of Christ, that we would be His hands and feet…to show them something that is radically different,” requests Flint.

Pray also for Nepal quake survivors who are searching for answers. Many temples and shrines were destroyed by the earthquake, and people saw everything they knew about religion topple right along with it. 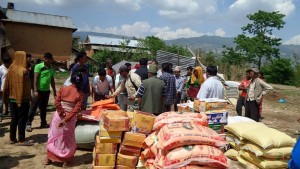 Flint says some people think the gods are angry at them; pray these individuals are introduced to the only true God.

VBB’s relief efforts will not only focus on meeting the immediate humanitarian crisis, but also rebuilding the functionality of their projects in Nepal. Click here to help them maintain this commitment.