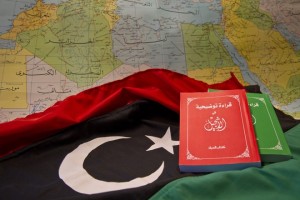 Middle East (MNN) — Have you ever considered the ways that Christianity and Islam resemble each other?

What is Al-Qaeda up to these days?

Before answering that question, let’s first take a step back and look at what people associate with the most militant members of the Islamic faith.

On September 11, 2001, al-Qaeda rose to prominence with a multi-pronged attack on the U.S. Pentagon and the Twin Towers, America’s financial center in New York. The attacks killed almost 3,000 people and caused at least $10 billion in property and infrastructure damage.

The result was a War on Terror that eventually led to military involvement in both Afghanistan and Iraq. Slogans like Never Forget came to represent the attacks. While we not have forgotten, David Curry, president and CEO of Open Doors USA, says we don’t think about them very much. “Part of the reason why we’re not thinking about al-Qaeda is because they’ve been greatly weakened.”

While groups like ISIS (Islamic State) and Boko Haram have taken front stage in the world of terror, Curry reminds us that “the ideas of al-Qaeda haven’t died. The idea [of] Islamic Extremism–this idea of imposing Sharia law, imposing a religious order upon people by force–is still alive and well.” What’s more, the struggle for dominance has changed the group. “It’s morphed, but the ideas I think are what we need to be concerned [about]. Those ideas still live on.”

Although the various Islamic groups share ideology, it doesn’t seem very likely that al-Qaeda, ISIS, al-Shabaab, or the Boko Haram will come together in a worldwide caliphate. That doesn’t mean they can be discounted. Curry says, “I don’t think we can count out any extremist group that has articulated a desire to destroy Christians [and] to institute Sharia law which would impose conversion of faith to Islam. I don’t think we can disregard al-Qaeda. We have to take them very seriously.

How can there be any similarities?

All of the various radical Islamist groups essentially want the same thing, but they can’t agree on leadership or how to accomplish their goals. Let’s look at what Curry said about the continuum within Islam. He says there are disagreements within Islam. And as seen by these two extremist groups, their beliefs on how to do the same thing tear them apart, and they are completely unable to work as a unit.

Curry says that’s where the similarity lies with Christians. Believers hold many different viewpoints on doctrine, theology, interpretation, or eschatology; but according to the Bible, we are all to make disciples for Christ. The question is: how often do those differences hamper Christians from being obedient?

That unity is even more important, now that the remnant Church is a reality today. Curry explains, “This is a very dark period for Christians in the Middle East. It’s been happening over the last one hundred years that the Middle East has become a very difficult place for Christians. And now this has stepped it up to a new level where it’s literally lethal on a day-to-day basis in large portions of the Middle East.”

Curry says, “Remember that the Apostle Paul was once somebody who murdered Christians, who attacked Christians. And his life was changed.” Prayer changes things. “What we were called to do in Scripture is to stand behind and beside our brothers and sisters, and recognize we’re one Body. And so when one part of the body hurts, the other part hurts.”

Open Doors partners are helping thousands of Christians in Iraq and Syria by meeting their physical needs, providing food and water, and providing support. They want to help the church survive–and eventually thrive–in the Middle East.

One last thing: pray for the Islamic extremist groups. Curry says, “We have to understand that people who live in the Middle East, no matter what religion they abide by, are still drawn to the person of Jesus. We need to try to do everything we can to introduce them to Jesus.”