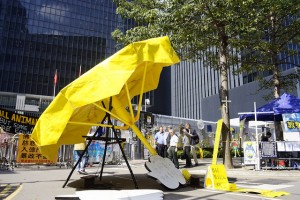 In 1997, Hong Kong was transferred from British to Chinese rule under a “one country, two systems” strategy, and a 50-year term was imposed on the plan. While Hong Kong theoretically has a right to develop its own governance, China imposed its own rules for voters at the end of August.

The enactment kicked off two months of civil opposition, with many protestors carrying trademark yellow umbrellas.

“Some of the leaders of the democracy movement are committed Christians, but that’s not necessarily the case of all of the leaders,” notes John Bachman of the Haggai Institute.

Though they were mostly peaceful, the demonstrations represented one of the biggest challenges to China’s authority since 1989’s Tiananmen Square protests. Bachman says it could put pressure on the Body of Christ.

“China has looked at political unrest around the world and noted that the fall of the Iron Curtain had a lot of prominent Christian leaders behind it. They also have made note that some of the prominent, high-profile leaders of the Yellow Umbrella movement are Christians,” he states.

“That is also a ‘concerning’ element to them.”

While helping with a Haggai training session in Hong Kong last month, Bachman says their staff and students were largely unaffected by the protests.

“We heard about what was going on, on the news, but were not physically able to see it,” Bachman shares. 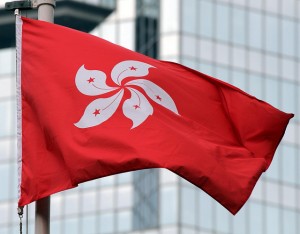 However, it remains to be seen how the long-term effects of these protests will impact the Church. Activists and politicians told Reuters earlier this week: “China is likely to embark on a sweeping but covert campaign across the territory’s judiciary, media and universities to ensure there is no recurrence.”

Will you keep this issue in your prayers? Hong Kong protestors promise their activities are far from over. Pray that demonstrations will remain peaceful. Pray that Christians are not blamed, and pray for Gospel outreach to be unhindered by political actions.

Pray also for Haggai alumni as they bring the Good News to their spheres of influence.

“The most influential individuals are those who are in leadership positions who are followers of Jesus Christ and are then influencing others to follow Him, too,” Bachman notes.