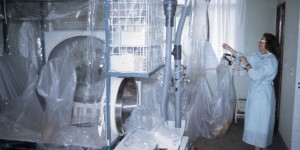 Liberia (MNN) — The cost of Liberia’s Ebola crisis goes beyond the health emergency. Peggy Maynard, Global Fingerprints Liberia Coordinator, says, “Because the borders are closed, the markets are closed. Food is becoming scarce and very expensive, so it’s hard for people to even get enough food to eat. Also, many of the health clinics are closed because people are afraid of Ebola patients coming in.

“We are really focusing on providing our children and our staff with food and healthcare–that’s our first priority,” Maynard explains. They’ve made a commitment to the children, plus, keeping the staff healthy means they can focus on priority #2, which she says is “reaching out to the newly-created Ebola orphans.”

A recent UNICEF assessment indicates Ebola orphans could double before the end of the month. Recent government data suggests that the average Liberian household had three children, and you can see the dilemma. Maynard clarifies, “The immediate problem is that people are afraid to even go near these children because of Ebola. Then of course, the long-term problem is finding housing and care for these children in a country that has been ravaged by civil war, and now ravaged by this disease.”

Kids are emerging as the most vulnerable group in the Ebola crisis in three ways: they’re at risk of contracting the disease, being orphaned by it, or losing their options for a future/education. Maynard says that’s why they set up the Ebola Crisis Response Fund. “We partner with the Evangelical Free Church of West Africa, which is based in Monrovia, but they reach out across Liberia and even into the neighboring countries. They have seized this opportunity to reach out into new communities with information about Ebola, with sanitation supplies and with hope.”

Why the Church? Maynard muses, “Crisis brings out the needs in people. People, I think, are more responsive to the Gospel in a time when they are in fear for their lives.” Because of the compassion that comes with the Great Commission, Christians are eager to share their hope in Christ. “They see this as an opportunity to actually plant churches. They are looking at this as an opportunity for ministry rather than a tragedy.” 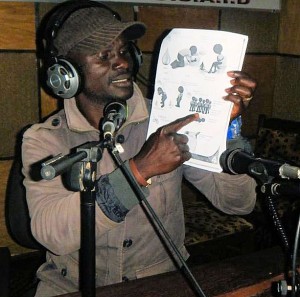 In this time of crisis, sponsorship makes a huge difference. It provides for a child’s daily meals, medical attention, and an education. “We are in the process now of finding those orphans [and] entering them into our Global Fingerprints system so that people can sponsor them for $35 a month.”

This is the message a sponsorship sends: “You are cared for, and you belong.” Maynard says it could be the most important response the Church takes in this crisis. “This is our long-term solution to the problem: to get those children into homes and make sure that their needs are met, and at the same time making sure that they hear the Gospel and that they’re getting into a local church.”

Pray for wisdom: Global Fingerprints Liberian staff members are dealing directly with Ebola families. “We’re just praying for an end to Ebola. God can work miracles. He can do anything. He was not surprised by this. We were surprised by it, but He wasn’t surprised by it.”

Donations to the EFCA Ebola Crisis Response fund and child sponsorships in Liberia provide both the short-term and the long-term response to the emergency.