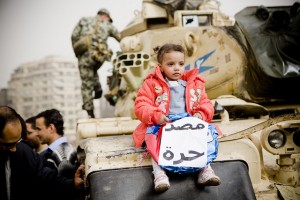 Egypt (BP) — (The following article is from the International Baptist Mission Board).

A year after more than 85 churches and Christian institutions across Egypt were destroyed and burned, and three years after the country’s longest-serving president stepped down in the wake of nationwide protests, Christian workers here are finding an openness rarely experienced before.

Forgiveness, it seems, changes everything.

Egyptian President Hosni Mubarak stepped down after 18 days of nationwide demonstrations during what is now called the 2011 Egyptian Revolution. Since then, Egypt has gone through various protests, elections, presidents, and the quake of upheaval.

In August last year, more than 85 churches and Christian institutions were attacked and burned as a result of demonstrations across Egypt calling for an Islamic state.

There was “a profound blow of disgrace and humiliation in this culture of honor,” said Ramez Atallah, General Director of the Bible Society of Egypt. “The non-retaliation of Christians was both unexpected and unprecedented,” he said.

Egyptians are now openly questioning everything, including their faith, and expressing doubts aloud, said *Patrick Stein, a Christian worker in Egypt and leader of a church-planting team here. To doubt isn’t rare, he said, but to openly challenge beliefs they have held onto is.

“They are hungry for truth in a way that was not present before the revolution and the ensuing turmoil,” said Stein.

“If I am talking to people at a tea shop, people around who are not a part of the conversation will often stop me afterwards and want to know more,” he said. “They will ask me their deep questions that have been troubling their hearts for years, but they never felt the ability to put those questions into actual words before.”

This year’s Ramadan observances provided opportunities for Muslims and Christians in Egypt to continue building relationships, Stein said. Ramadan is the Muslim month of fasting that is observed around the world each year.

“The team had been invited to several Iftar dinners and got to share their faith at those,” said Stein. Iftar is the evening meal during Ramadan, breaking the fast for each day. These meals allow for relaxed conversations about life and faith.

“When visiting homes, it is easy to ask questions about their religious practices during [Ramadan],” said Christian worker *Adam Tate. “As a result, conversations often lead to the topics of fasting, forgiveness of sin, and assurance of salvation.”

Stein spends much of his time training local Christians from Coptic and Muslim backgrounds to share the Gospel and who to share it with, along with finding safe places to practice sharing.

“To be caught evangelizing to a Muslim is, firstly, against the law,” Stein said. “[Those who evangelize] could go to prison for many, many years, lose their businesses, their children would have no income, no way to pay for schools, etc. Many people just disappear in prisons here.

“Are they scared? Of course they are. Are they being obedient and sharing? Yes, they are. Do they sometimes hold back because of the fear? Yes, but not nearly as frequently as we do, and all we face in America is some small social stigma,” he said.

“I might be kicked out of Egypt for sharing; they may lose their very lives and place their loved ones in danger,” Stein said. “Despite the costs and implications of what they are doing…, despite many of their families begging them not to share, they continue to share. They inspire me.”

Faithful prayers for Egypt and Christians in Egypt have not gone unnoticed by Atallah, Stein, Tate, and other Christian workers here. They recognize God’s faithfulness in the prayers, giving, and encouragement from around the world.

As a result, “There are people in Egypt who have heard the Gospel, some for the first time,” Tate said.

“We don’t take for granted our cars and houses,” Stein said. They are provided through special missions offerings. “We try to use our houses as meeting places for prayer and worship, and the mobility of a car allows us to go to communities that would be difficult to get to without a private vehicle,” he said.

Stein added, “Often our families seem to be attacked by sickness and discouragement from the enemy [Satan], yet we know that people around the world are lifting us up, which gives us persistence and perseverance.”

Tate asks for prayer for wisdom and integrity in Egypt.

William Bagsby is an IMB writer based in London.