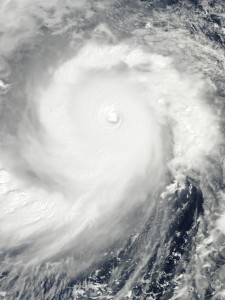 Philippines (MNN) — We have another recovery update from the Philippines, this time from SEND International. You may be wondering why we’re sharing so many Typhoon Haiyan updates, but keep in mind the scope of last year’s storm.

Known locally as “Typhoon Yolanda,” this was one of the strongest storms to ever make landfall anywhere.

“Typhoon Yolanda changed the lives of thousands,” says James Aberin, the Area Director for SEND Philippines. “We thank the Lord that He has come and helped these people.”

On Friday, November 8, 2013, Super Typhoon Haiyan made landfall for the first time in the Philippines on the coast of Eastern Samar. It arrived ahead of schedule, catching many people by surprise.

Over the next 48 hours, Haiyan swept through the Central Philippines like an atomic bomb, its 20-foot storm surges carrying people, animals, and buildings out to sea. Between 6,000 and 8,000 people were killed in the Philippines, and more than four million were displaced. 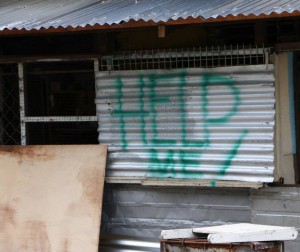 Many survivors were without food or water for days upon end. Haiyan destroyed most island infrastructure, and transportation was difficult, to say the least.

“We have at least five cities where 95% of the whole villagers were devastated,” Bishop Efraim Tendero shared with MNN last November. “[On] one island, the fear is that up to 80% of the people are gone–washed into the sea. So, that’s the very painful situation.”

Over the past 12 months, SEND has been ministering to spiritual and physical needs in two phases: immediate relief assistance and long-term assistance. Immediate relief included things like food, clothing, and medicine, while long-term help included rebuilding churches and pastors’ homes, and providing grief counseling for pastors. 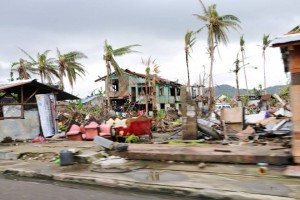 Bodies were still being found in the Philippines
2 months after Haiyan made landfall.
(Photo credit SEND Philippines via Facebook)

One year after the Philippine archipelago experienced a hellish week wrought by Super Typhoon Haiyan, there are both blessings and room for more progress.

With the help of donors, SEND was able to help 40 pastors rebuild their homes. SEND also provided grief counseling for pastors so they could, in turn, help communities turn to Christ for hope.

“I would personally like to thank you for your prayers…for the gifts that you have sent in support of the work to rehabilitate, provide relief, for those who were victims of the typhoon,” Aberin says.

He then shares the story of Pastor Dante, who lost three of his four children to Typhoon Haiyan, as well as his home and church building. Through financial support from donors, SEND helped Pastor Dante and his wife rebuild their home.

“They have invited children of their relatives, who have lost their parents, into their house,” Aberin shares.

“They have 100 believers, and they have recently baptized new believers,” adds Aberin. “We thank the Lord for how He has given new hope to people who have been victims of the typhoon.” 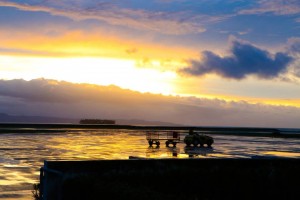 There’s still more work to do, though. Click here for details.

Please keep praying for people in the Philippines, especially in light of the one-year anniversary. The amount of damage wrought by Haiyan will take years to recover from, especially on smaller, hard-to-reach islands. Pray that Filipino believers won’t lose faith in Yahweh, who promises to work all things for good for those who serve Him.