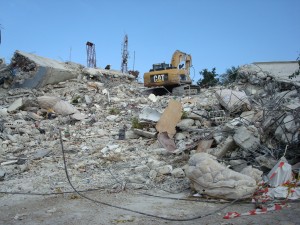 Haiti (MNN) — You hear lots of things about Haiti.

Haiti is the poorest country in the Western hemisphere. Haiti is one of the neediest nations in the world. Haiti is too dependent on foreign aid. The best way to help Haiti is to end foreign aid.

A report from the National Academy of Public Administration noted that beyond immediate humanitarian relief in a crisis, aid has only led to more destitution and corruption. Resources diverted away from the people they were intended to help wound up on the tables of those who had food in the pantry.

Despite being well-intentioned, foreign aid seems to have fostered a culture of dependence. That continues to bind the country tightly in chains of poverty. Ron Pierre with Baptist Haiti Mission says, “In many ways, Haiti has been the recipient of so much aid over the years, that the culture is one of receiving and not giving.”

All of this is true. What’s also true is the Haitian people are among the most resourceful, resilient people in the world. They are still standing after the 2010 earthquake which was followed by a hurricane that lashed the western coast and a national cholera outbreak.

What has changed? More and more, those who want to help Haiti rise to its capability see that a paradigm shift needs to occur on the helper’s end. Years ahead of this epiphany are the ministries who are looking to transform Haiti’s culture from the bottom up instead of from the top down. 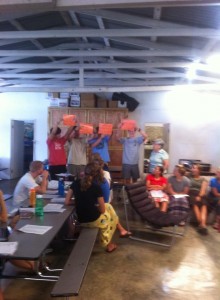 Pierre says, “The essential nature of any Christian is one of giving, rather than receiving. Now that there’s relative stability in the country, we felt it imperative that we begin and continue training the youth toward servanthood, the essential manifestation in the life of a believer.”

How do you reverse course? You start shaping other-centered thinking early, you see the impact as the young people grow up into the community leaders. Pierre says, “They need to know that the Lord gives something that we need to give to others, and that is the Gospel.”

Take the BHM Summer camp ministry. BHM has held summer camps for several years on an ocean-front property in Montrouis. One of the main purposes of this property is to train Haitian staff to operate and run Christian camp facilities throughout Haiti.

They also have a partnership with Crossings Ministries, a camp ministry in Kentucky. Students from the U.S. travel to Haiti for a time of cultural exchange and assisting with the BHM camp ministry, explains Pierre. “They all come to camp; they’re all intermingled, and they all have camp together. It’s an opportunity for the American kids to serve, and by that example, the Haitian kids learn to serve.” 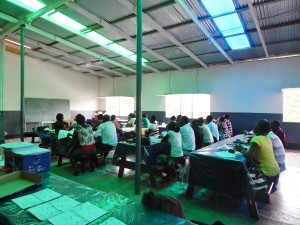 Adult Training takes place, too, as part of this Church Development approach. “During those times, also, we have separate classes that teach leaders in churches how to conduct Vacation Bible Schools in their own communities.”

The focus? “Teaching them to learn to work together to accomplish ends that not only applies to their Christian life, but also in their churches and in their families and in their communities.”

Because of the hand-out culture, this is a foreign concept that goes generations’ deep. “People are working for themselves. They don’t have a sense of community. This is what we strive to teach them, that by working together, they can accomplish way, way more than they can by trying to strive out on their own.”

Sensing the community that has been missing helps this new school of thought take hold. Now, the Church is becoming part of the solution instead of part of the problem. They’re standing proof that the Gospel means change.

So, the next time you hear a report about the good things happening in Haiti, you can rest assured knowing it’s true.