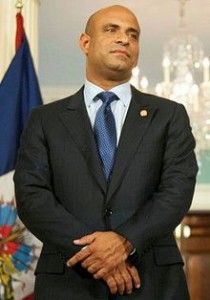 Haiti (MNN) — A political standoff in Haiti cost Prime Minister Laurent Lamothe his job. Lamothe stepped down in response to pressure from Haitians angry about graft, the slowness of disaster recovery,and ongoing poverty.

A caretaker government is wading through a political standoff that threatens to bog down a long overdue January 12 local and national election.

The country is awaiting word on the successor President Michel Martelly will choose as a replacement for Lamothe. That decision is expected Wednesday, under a timetable set by a special commission last week.

In an effort to resolve a dispute over delayed legislative and municipal elections, Martelly also accepted that commission’s other recommendations which included the resignation of the entire cabinet, the head of the Supreme Court, and an interim electoral council.

Meanwhile, protests are getting more violent, even as protestors also demand Martelly’s resignation. Eva DeHart of For Haiti With Love says, “There are manifestations in all parts of Haiti now, and it’s really sad. Like all political scenes, there are two sides. There appears to be a government bottle-neck between two branches, one trying to move forward and the other sitting on the bills, or motions.”

At least one person has died in the protests. DeHart says some of the demonstrators appear to be paid, adding that the damage they’re causing isn’t doing much to endear people to their cause. “These are obviously not people with Haiti’s best interests at heart, or they wouldn’t be burning tires on their newly-paved streets and destroying the advances that have been made in the last few months.”

Manifestations have since spread to Gonaives and Cap Haitien. Unlike those in Port-au-Prince, they’ve remained smaller and calmer. “I think that we probably have the rain to thank for that. No matter how upset they get or how much money they’re offered, there are those who don’t want to go out in the rain. So, I think probably the level of manifestations in Cap Haitien will stay down as long as it’s raining.”

For Haiti With Love’s clinic will remain open, adds DeHart, in spite of the chaos. “We’re just trying to keep the things of the mission as stable as possible with the chaos around us. The clinic operates every day. We will take care of those hurt in the manifestations, questions unasked.” Plus, life goes on because the margin of survival is thin. “We have a container of food coming in. We pray for the safe arrival of that and the safe passage up to our headquarters. [We are] ust basically continuing on with what we are doing and maintaining the focus of serving the poor in God’s name.”

A note to add: For Haiti with Love has been serving Cap Haitien officially since 1982. Their main headquarters building has been a reliable source of help for over three decades. However, things are beginning to show their age now. The chaos of the area may be a factor, but DeHart says they have repairs that need to be made, demonstrations or not.

A hotel’s retaining wall came down and took out FHL’s water line from the reservoir. Right now, they don’t know if the pipe was buried or washed away. Then, the ministry lost its inverter, and the generator is showing its age, too. Finally, on top of this list of critical needs: “Our headquarters roof is leaking after several days of non-stop rain. If anyone has any of their philanthropic budgets left for year-end gifts, we could use help with the roof project.”

The growing “To Do” list shows that regardless of the politics of Port-au-Prince, life goes on, and the people of Haiti need both help and hope. Click here to read more about the various ministries FHWL is involved with and how the story of Christ figures into all of that.