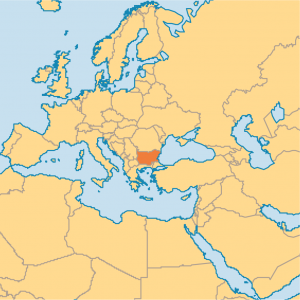 Bulgaria (MNN) — In April, Bulgaria is receiving its very first week-long training session from the Haggai Institute. Why is it a big deal?

After attending his first Haggai conference in 2011, Dr. Svilenov was motivated to expand his “Bible Project.”

“So far, we’ve managed to deliver 3.5 million Bibles,” he says, adding that his group hopes to increase that number to 4.3 million Bibles in 2015.

Svilenov and his ministry peers distribute Bulgarian Bibles to government institutions such as hospitals, fire departments, police departments, and so forth.

They are also distributing “Children’s Bibles in Bulgaria state schools, which was a real miracle because none of the other European countries are allowed to do that, because of the human rights [law],” he adds.

“I know that not everybody will become a Christian, but at least they’ll have the first primary tool which is needed to read and to understand and to get information about Christ.”

Reaching the Balkans for Christ 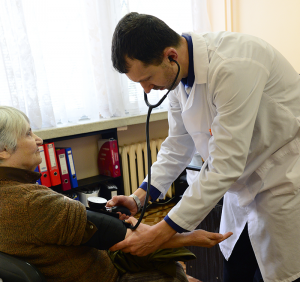 As a family practitioner, Kiril Svilenov is able
to share his faith with many people and reach
different generations within a family.
(Photo and caption courtesy of the Haggai Institute)

By day, Dr. Kiril Svilenov is a family doctor who’s been practicing medicine for the past 18 years. By night, the good doctor tells his community about the Great Physician: Jesus Christ.

“There is some interest in spiritual life and what the Bible says,” he shares.

Dr. Svilenov shares the Gospel and disciples believers not just in Bulgaria, but also in neighboring Macedonia and Greece. The territory Dr. Svilenov reaches is part of an area more widely known as “the Balkans.”

However, the rich traditions and Communist history of the Balkans present some challenges. Most Bulgarians, specifically, call themselves Christians because Greek Orthodoxy is so commonplace.

“95% of those [individuals] will go to church traditionally, or just for major Christian holidays,” says Svilenov. “They won’t have any clue about a real life with Christ.”

Communism presents another challenge. Bulgaria was a member of the USSR from 1946 to 1990. Atheism is still widely practiced in the Balkans at-large.

“For [the] full week that I spent there, I learned new methods, how to approach people from different backgrounds,” Svilenov recounts.

“Also, there were topics to help me improve my communication skills with people coming from atheist backgrounds.” 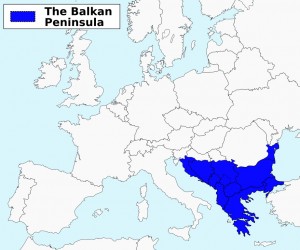 Dr. Svilenov applied the methods and Haggai training he received to both the workplace and mission field. As a result, between 200 and 300 people have since become followers of Jesus.

“The goal is to have workers ready for the [harvest] field of the Kingdom,” he states.

“Through prayer and through devotions, and when you keep the fire burning in your heart, miracles happen.”

At Haggai’s Web site, you can help train up a Christian leader like Dr. Svilenov and expand God’s Kingdom worldwide.