International (MNN) — The door for resettlement in the United States has shut for nearly 100 Iranian Christians and religious minorities. These asylum-seekers are now stranded in Austria facing an uncertain future. If they are forced to return to Iran, it could mean imprisonment or even death.

Over a year ago, Washington invited 87 Iranians living in danger as religious minorities to resettle in America under the Lautenberg Amendment. They have been living in Vienna, Austria during the vetting process waiting for final resettlement.

Last month, the 87 Iranians waiting in Vienna finally got word on their asylum status. The U.S. Homeland Security Department denied their resettlement due to undisclosed security reasons.

So far, these religious minority men and women have nowhere else to go. Gaining asylum-status in Austria will be shaky, and returning to Iran is perilous. According to Open Doors’ World Watch List, Iran is the 10th harshest country for the oppression of Christians. The U.S. State Department named Iran as a “country of particular concern” for religious persecution.

Situations like this create more angst for other Christians living abroad as part of the Iranian diaspora as well. 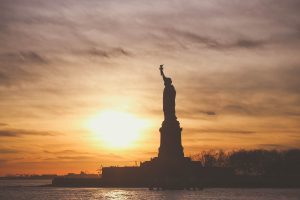 Mike Ansari with Heart4Iran says, “The Iranian Christians who are displaced…are basically in limbo — not in their own country and not in their final destination — they can no longer go back home because of their faith. If they go back home, they may face persecution. And they already are feeling persecuted in their host country because they are not being received and accepted.”

The added layer of prejudice in Western countries against Arabic refugees and immigrants is harmful to the Iranian Church.

“This is a trend that we’ve seen with a lot of Muslim-background believers, or which we call MBBs. In many countries, MBBs are not received as equal parts of the church membership. We are hoping that in the next few years, the overall MBB population in the world would come to be received by the Body of Christ in different countries.”

Through television broadcasting and social media, Heart4Iran exists to encourage Iranian believers and introduce seekers to the life-saving Gospel of Jesus Christ. This also includes displaced Iranians living in European countries and other parts of the world. 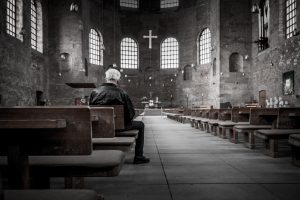 “A record number of Iranians are coming to Christ, particularly, in the last three years through the mass migration of the refugees to Europe,” says Ansari. “We have seen a large number of Iranians and Afghans that are going to Germany and European countries. Many of them end up in churches because either they have had dreams or visions or somehow they have heard the message of the Gospel. So they are coming to churches and they are asking to be baptized, except they don’t speak German, they don’t speak the local language of the hosting country.”

To assist European churches in ministering to Iranian seekers, Heart4Iran has created an online e-learning platform for churches to connect Farsi-speakers with Gospel resources. The platform is called Masihiat (meaning ‘Christianity’ in Farsi) and is found at www.masihiat.com.

“We are offering an online course where people who are visiting these churches can sign up [to] go through a six-month Introduction to Christianity course [with an] assigned e-coach. Once they are done with that course…a certificate of completion will be sent to the German or European pastor indicating that this individual who has come to you requesting to be baptized has completed this particular class and at the very least, heard the Gospel in their own mother language.”

Ansari shares, “We think this is a strategic service that is available to the churches in diaspora and we hope that will prove to be a tool of service and benefit not only to the visiting seekers, but also to the existing Church.”

Meanwhile, please pray for Iranians seeking to know Jesus, that they would be connected to a local church and discipled in the Body of Christ. Ask God to gird the faith of our Iranian Christian brothers and sisters and for their lives to serve as a faithful witness to others. Also, pray for MBBs to be recognized as a legitimate part of the Body of Christ across Europe and the US.