Peru (OMI) — [Editor’s Note: Article written by OM missionary journalist Katanga Johnson] “As a country field within the OM Andean Region, I  am convinced that OM Peru’s impact in the community is the best indication that what matters most is not how we serve; rather it is outweighed by the mere fact that we serve,” affirmed Mayelo Gensollén, OM Peru country representative. 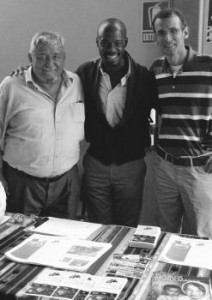 During a recent visit to Peru for a Global Missions Council meeting, it was apparent that God desired to see Peruvians mobilized for ministry–in the Muslim world particularly, but also in Peru itself.

Mayelo’s comment followed an Operation Mobilization Peru medical outreach in the city of Chincha Alta, where an international team of 21 medical professionals, including pediatricians, gynecologists, internal medicine specialists, and nurses attended to more than 950 patients of varying needs. Even more victorious for the kingdom of God were the 195 people who reportedly accepted Christ as their Lord and Savior during the outreach.

The Andean Region nation also played host to the Global Mission Council meeting, which provided awareness to the Peruvian and Latin American church of the intense necessity and opportunities in the Muslim World, which awaited missionaries from Latin America.

“Peru’s presence is even more than timely when you consider the sheer size of the members at this meeting,” commented OM team member Rodrigo Vargas, serving in Paraguay.

With OM Founder George Verwer as the key speaker for morning devotions, among other experienced Muslim World speakers on the line up, OM’s presence at the Council gathered a wave of interested missionaries who already serve in their local unreached communities.

“I am sure that if OM can couple their efforts with what the Global Missions Council is doing to mobilize more Peruvians, the kingdom of God would be closer, and more dynamic,” remarked Stephanie, a Peruvian bookseller.

Stephanie also elaborated on the interesting book distribution model of offering a wide variety of titles for only a small donation, which was also a highlight at the event in Peru.

“It’s been an eventful time here in Peru–the Global Missions Council’s event, along with the amazing testimonies of God’s hand at work with the OM Peru medical outreach,” exhorted George Verwer, as he reflected on the impact of the week. “It shows me that there is much work happening, and yet to happen, in Latin America. I charge you all to continue in this vineyard as God’s good and faithful servants. And I’ll make sure this Andean Region receives more literature, and soon!”

Without a measure of doubt, there is a clear call and spiritual responsiveness from God for the people of Peru. In this era of mobilization and recruitment for OM’s increased presence there, your prayer in this way serves as a collective recognition that the nation of Peru is indeed in the plan of God.

Click here for ways to pray with Operation Mobilization.