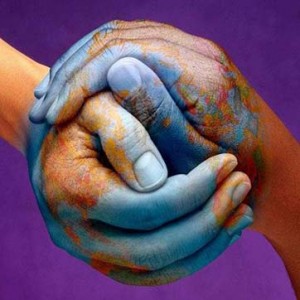 USA (MNN) — You can deny or resist it, but globalization is making the world a smaller place. National economies are becoming increasingly interlaced, as demonstrated by the 2008 global recession. Technology is bridging borders that were previously inaccessible to Christianity and the Gospel.

“Globalization is changing the world,” said Robert Doll, one of the keynote speakers at this year’s Missio Nexus Leadership Conference. “The only debate is the pace.”

According to Merriam-Webster.com, globalization is “the development of an increasingly integrated global economy marked especially by free trade, free flow of capital, and the tapping of cheaper foreign labor markets.”

Globalization is also a great opportunity for God’s Kingdom–if Christians work together instead of just doing their own thing.

Ron Houp of GO InterNational (GO) explains how they “connect the dots” to tell more people about Jesus and further the Great Commission. 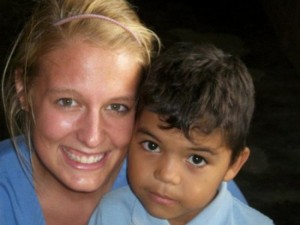 “Through the years, we have developed a number of partnerships with indigenous leaders in about 20 different countries…so that we can take a local church mission team to that ministry setting, and be assured that it’ll be a blessing to the people of that area,” explains Houp.

They also want to be assured “that when the church leaves, they have experienced what God is doing in that area.”

National ministry partners are a vital part of GO’s ministry, which spans from Mexico to Russia.

“We’re developing new partnerships all the time,” Houp notes. “We are working on a couple of partnerships in Europe right now. We’ve been in northern Ireland with mission teams; we’re looking at France.

“Those are a little different because they’re first-world countries; the needs there are different than third-world countries. But the Lord is moving in all those places, and it’s very exciting to be a part of what He’s doing there.”

GO ministries include church planting, evangelism, pastoral and leadership training, children’s ministry, aid to the poor, medical ministry, and community health evangelism. Short-term teams are typically on the field for 1-2 weeks at a time, but GO works with national partners in the context of a long-term relationship.

“If you’ve not been on a mission experience, if you’ve not gotten outside of your comfort zone, I would really encourage you to do that,” Houp presents as a challenge. “That may mean just traveling across your town to a poor neighborhood. It may mean going to another state, or it might be another country.

“GO International provides all of those types of experiences, as well as internship experiences for university students.”

Find an opportunity to “go” with GO InterNational here.