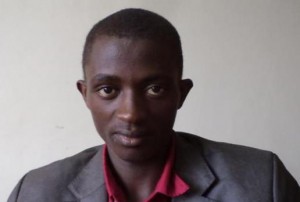 Kenya (WWM) — [EDITORS NOTE: This is an article from WorldWatch Monitor. Kenya jumped from #43 to #19 on the Open Doors 2015 World Watch List of countries where persecution of Christians is the greatest. This increase was the largest of any of the 50 countries.]

The chairman of Garissa University College’s Christian Union, who survived the April 2 al-Shabaab attack in which 148 students were killed, has pleaded for prayer for the physical and psychological healing of survivors.

“Please pray for us…. Many saw sights too horrible to describe,” said 21-year-old Frederick Gitonga.

“Pray for me, too. I need peace of mind, strength, and wisdom. I am struggling with dreams that cause me to snap awake, then [I] cannot get back to sleep. I find myself remembering the horror of that day. The sounds and smells come back clearly.”

Gitonga explained how he had been up late the night before the attack, praying for one of the students under his care, that they would be able to truly forgive someone a wrong. The next morning, that student was dead, along with the other 21 Christian Union members who had attended early morning prayers.

Gitonga said the only reason he is still alive is because he had felt too tired after his late night to join in with prayers that morning. Instead, he decided to go back to sleep, only to wake to the sound of gunshots.

“My roommates ran out, leaving the door wide open,” he explained. “I felt a strong urge not to run, but to stay put. As I hid under the bed, I could hear the gunshots and screams of fellow students. I could [hear] them lying to women that they should come out since their religion does not allow them to kill women. When they did, they were all killed. I know of no single Muslim who lost their life.

“After some time, things went quiet, but I did not move.”

The next thing Gitonga remembers is hearing two attackers enter the room.

“They sat on the beds, changed their rifle magazines and then shot at the walls to test them before going out to resume the killings. I stayed there for [a] long 12:00 am — I do not know how long — but was eventually rescued by a Kenya Defence Force officer.

“I praise God that some survived, many in truly miraculous ways. However, we are deeply traumatised, broken, and in need of much prayer. At the same time, we are trying to help fellow students who seek comfort and support from us.

“I have not been to my home area since the incident because I felt I could not rest until my friends are laid to rest. This weekend, I and two other Fellowship of Christian University Students’ officials will travel to Bungoma, Western Kenya, to lay our friends Edward, Evans, Emily, and Tobias to rest. Then I will attend Sammy and Philomena’s burials in Kitui, before I finally go home to rest. It is much, but these were not just fellow students and fellow CU officials: they were also my close friends and prayer partners. I have to say goodbye.”

Frederick Gitonga was one of the speakers at a memorial service held at Christ is the Answer Church in Nairobi last week.

At the April 9 event, he said it will be impossible for the students to forget what happened.

“It’s so painful to see people you know butchered like cows. They died for confessing Christ, but I put it to you… Who will stand up and say, ‘Enough is enough’?”

“Churches have been bombed. People have been killed. Are we going to sit and wait for the next attack? We must stand up and say, ‘Enough is enough!’”

Duncan Obwamu, another student who survived the attack, explained how, between 5:00-5:30AM a young man entered the room in which the students were praying.

“He stood at the door. I could see the muzzle of his gun. I thought he was a [Kenya Defence Force] officer, who often patrol the campus.

“Then he began shooting. He shot in a circle since we were standing in a circle holding hands and singing. I heard the first woman scream, then the next and the next. I was shot on the arm. I fell down and pretended to be dead.”

More than 80% of Kenyans are Christian, although in northeastern Kenya nearly 90% are Muslim. Roman Catholics form the largest single denomination. There is also a large number of Anglicans, Methodists, Presbyterians, and other denominations. Evangelical and Pentecostal churches have grown in numbers and influence, asserting their authority in the political, social, and religious sectors, but Bishop Kariuki said all Kenya’s churches must learn to work together.

“We are hit because we [Christians] are not united. We need to be united and speak with one voice as churches. If we stand with one another, our voice shall be heard,” he said.

Dr. Nelson Makanda, deputy general secretary of the National Council of Churches of Kenya, said the Garissa attack was a wake-up call for Christians, who must re-examine their faith in the face of growing Islamization in the country.

“We have come together because a Christian community has been butchered. They are, to us, martyrs of today. They chose to live [by] faith and died for it.

“Northern Kenya is being asserted as a zone of a certain religion [Islam]. We need to ask, ‘Is this what we want?'” said Makanda. “Christians have a right to [belong to] any part within the Kenyan borders.”

Why the attackers spared Muslims and targeted innocent Christian students has fueled further tension, with many fearing this could be the advent of a religious divide.

Although faith leaders have countered this notion, they warned that al-Shabaab is keen to drive a wedge between Christians and Muslims in Kenya. Though relations have been fractious at times, the faiths have co-existed peacefully for many years.

Al-Shabaab’s low-level attacks inside Kenya have heightened since 2011, when the country sent its forces to war-torn Somalia to pursue the group. The militants responded by targeting churches, public transport, and government buildings such as police stations.

But as the Islamists escalate attacks on churches and Christians, church leaders have been growing more edgy, demanding more government action on security.

Makanda said the blood of the Christian students should be the “seed of our unity” and that Christians should continue to speak as one united force–a united Christian community.

“We must begin to engage our leaders,” said Makanda, who added that Muslims should take some responsibility to be their “brother’s keeper,” protecting the property and rights of others.

One male student was killed and 141 injured in a stampede on the campus of the University of Nairobi on Sunday (April 12), as students mistook several accidental explosions for an extremist attack.

The Vice-Chancellor of the university, Peter Mbithi, told AFP: “It was around 5:00AM, and the transformer at the campus exploded about four or five times, which made students mistake it for an attack.”

Mbithi said that many students were injured when “thinking it was an al-Shabaab attack: “They jumped from the upper floors of their dormitories.”

Anxiety has also gripped more than 100 families unable to identify the bodies of loved ones. Some have camped at Chiromo Mortuary in Nairobi, hoping they can get some information about their relatives.