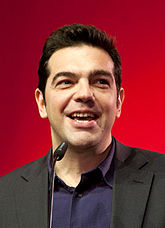 As the head of the left-wing Syriza party, he’s promised to end austerity measures and renegotiate the terms of Greece’s European Union bailout. Tasos Ioannidis with AMG International explains,  “Basically, Greece has been bankrupted because the debt of the country has been so large; they needed intervention from the EU and the IMF and the European Central Bank to manage their debts.”

The trouble is: Greece’s near bankruptcy triggered the euro zone’s financial crisis in 2009. “Greece’s debt is somewhere around 176% of the GDP. So, it’s very high, and they are dependent on outside help to manage that debt.”

The austerity measures were viewed by many as a “national humiliation” (as noted by a BBC report covering Tsipras’ victory speech). Greeks are struggling with tax hikes, wage and pension cuts, and angry with the ruling parties. Ioannidis says, “They have gone through a lot of austerity and a lot of reforms in the last five years, since 2009. People are very tired. Unemployment has shot up to 25%. Salaries have gone down. The minimum wage has gone down.”

However, withdrawing from the EU could have devastating impact, not only on Greece but also on all the countries financially linked to Greece. Quitting now is like quitting an antibiotic course just because you feel better. “The irony is that things had started to get a little bit better,” says Ioannidis. He goes on to say, “In 2014, Greece showed growth for the first time since 2009. This year would have been better, but because of the changes and the new election, that was a major setback.” 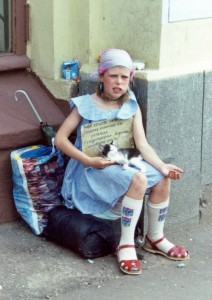 Tsipras’ anti-austerity message fuels concerns that a Syriza victory could lead to a standoff with European Union and International Monetary Fund lenders. The concerns are timely, as the country’s bailout agreement with the EU is due to expire in February, and Euro Zone officials have suggested Greece will probably have to ask for an extension.

The new anti-austerity government brings other uncertainties. Ioannidis says it also affects all ministries in Greece, including AMG. “We don’t know, in terms of taxation, what the regulations will be. Also, the new Prime Minister of Greece from this party is the first atheist to come to power.” A shift in power with an atheist at the helm is disconcerting. “There is uncertainty as to what that means for the relationship between the government and the church, [and] how it will affect all churches and ministries in Greece.”

In light of the fiscal struggles ahead, the Church has her work cut out. “We still have to provide a lot of help. We still have to mobilize and offer food and clothing for a lot of people in Greece, so we continue to work on that. We expect that to be the case for a long time.”

Ioannidis acknowledges that recovery, regardless of whether or not Greece remains in the European Union, will be slow and painful. “Pray particularly for all the co-workers on the ground. They have been worn out. They’ve been going since 2009 dealing with this crisis and this uncertainty every day. We need to lift them up in our prayers for God to give them strength, to give them wisdom, for God to protect the ministry.” And yet, Ioannidis says the silver lining to the cloud of uncertainty is this: “At the same time we’re dealing with the crisis, it’s also a great opportunity to share the love of the Gospel in word and in deed, and in fact, we’ve seen a lot of people respond in the last five years.”

Will you stand with them in prayer?