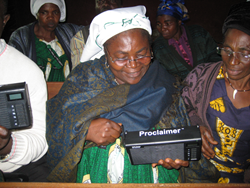 International (FCBH/MNN) — Faith Comes By Hearing (FCBH) has most certainly changed from their beginnings as a small, tape-lending library over 40 years ago.

Today, as a leader in digital Bible production and distribution, the ministry now has a collection of Scripture recordings–comprised of both audio and video–in more than 850 languages. FCBH spokesman Bill Lohr says, “That actually represents about 5.7 billion people who either speak or sign one of those languages. It’s just really exciting for us, but of course, there’s still a lot of work to do, and we’re moving forward and continuing those recordings.”

The ministry’s goal is to record and provide access to the Bible in every translated language. Surely they must be close to an end with providing God’s Word in every language? You’d think so, but Lohr says, “Wow! 850 languages! How many are out there? Believe it or not, there are about 7,100 known languages, so there’s still a lot of work to be done.” 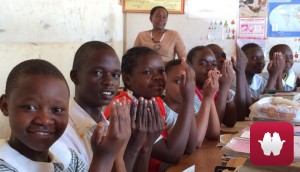 In an ironic twist for such a prominent Audio Bible ministry, 13 of the languages included in this repository are partner-produced sign language Video Bibles that now power one of the most downloaded Deaf apps in the world. Why? “They [deaf people] are one of the most unreached people groups of the world–potentially the fourth largest, if you were to take them collectively, as a whole, throughout the world. So, many, many people that just don’t have access.” (Click here for a link to the Deaf Bible app)

Why did it take so long to reach the deaf? Necessity was the mother of invention, in this case. Technology had to catch up to the need. Lohr explains, “We really couldn’t have done anything a number of years ago because we did audio for everybody, and audio Bibles were not going to help the deaf. But when we got into the app world and we got into technology, we realized if you can stream audio, you can also stream video. That’s where the Deaf Bible app came from.”

“I have to shake my head and laugh every time I stop to think about what we’ve become since the early days,” says Jerry Jackson, FCBH founder and president. FBCH is “completing Audio Bibles in hundreds of languages for those who cannot read, and now we can also reach the Deaf worldwide with sign language video. It’s almost unfathomable!”

Jackson has witnessed the growth of this once diminutive distributor of Bibles on cassette to what is now the world’s largest resource of digital Bible content. That trajectory is likely to continue, says Lohr. “The written Word is just not impactful for those who can’t read. Half of the world falls into that category. What we’re doing is getting that into a format that people can use all around the world.”

Through the Digital Bible Platform, Faith Comes By Hearing offers free access to this collection of Scripture via downloads, podcasts, Internet radio, satellite TV, and a family of mobile apps that began with Bible.is. Moreover, FCBH provides approved developers and ministry partners with free access to this content to incorporate into their own apps, software, and Web sites.

For those areas that do not yet have regular access to the Internet or mobile devices, Faith Comes By Hearing continues to reach out by providing Audio Bibles on solar-powered Proclaimers for listening groups. More than 380,000 Proclaimers are literally speaking the Gospel around the world.