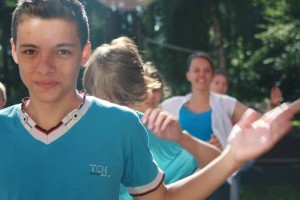 Russia (MNN) — In today’s world, fluency in English is a useful skill to have. With an estimated 1,500 million speakers, of which only 375 million are native speakers, it is the most widely-spoken language in the world.

But for one organization, it’s a door to something much bigger.

SOAR International recently wrapped up a trip to Russia to help a local church put on an English summer camp. About 40 children attended the two-week long camp, where they not only learned a new language, but heard the Gospel as well.

“Last year, a church approached us about helping them with an English camp that they were hosting in the South of Moscow, and it went so well they invited us again this year,” says SOAR’s Greg Mangione. “So we were able to put together a team of six people to go and join a team of Russians from the local church there.

“One of the reasons they asked us to come was because they wanted native English speakers. They wanted to put on a first-class camp to teach English, but also fully fulfill the goal of sharing the Gospel of Jesus Christ.”

Though the camp’s ultimate goal was to share Christ, Mangione emphasized how he didn’t want the Gospel facet to take away from quality instruction. He wanted it to be true to both purposes.

“Obviously, coming from a church, the goal is to spread the Gospel,” Mangione says. “But in discussing the ministry with them, they still wanted to make sure that calling it an ‘English camp’…that it wasn’t just simply a guise to get kids in to hear the Gospel, but that they also taught good English.” 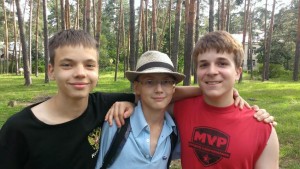 Mangione wasn’t sure if anyone specifically made a decision to follow Christ, but he did know at least one girl was encouraged spiritually.

“One of the students had been going to church and had been trying to espouse the belief of creation,” Mangione says. “But she was having a real hard time dealing with that at school, being ridiculed and not really knowing how to answer in many cases. One of the team members was able to sit down and talk to her about ways that she can defend her belief.”

Would you help SOAR continue to be a spiritual encouragement and change lives? SOAR helps put on multiple camps every year by partnering with local Russian churches or ministries. Click here to support SOAR’s children’s camp ministry through praying, giving or going!