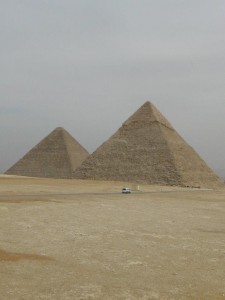 Egypt (MNN) — Egypt is infuriated at the Islamic State terror group. They’re ready to launch another wave of airstrikes in Libya, and they’re calling for a global coalition to back them up.

The UN high commissioner for human rights called the murders a “vile crime targeting people on the basis of their religion.” Biblica CEO Dr. Carl Moeller says, “To the local Christians, this has not been a new thing. Coptic Christians have faced persecution in one form or another for almost 1,500 years, since the time of the initial Caliphate.”

Libya’s job market draws many of Egypt’s poorest Christians, explains Moeller. “Our coworkers there estimate that 100,000 Christians live in Libya.” However, “Libya is absolutely chaotic. As this recent events shows, ISIS has a strong foothold in Libya, and is, in fact, carrying out this shocking and horrible, murderous campaign against the Christians there.” Egypt’s government is encouraging its citizens to leave Libya for the time being.

ISIS may be under pressure in Iraq and Syria, but the reality is, “The Islamic State is not so much a geographical tribe, if you will, but it’s an ideological tribe. That’s why you see such a broad influence that this extreme radical group is having all over the globe.” Even if airstrikes take out the training camps in Libya, “They’re able to draw fighters from Europe as well as most parts of the Islamic world. All of the disaffected elements of radical Islam are moving towards the ISIS environment.” 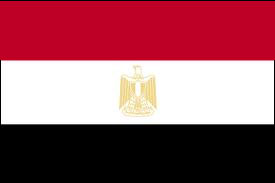 ISIS, the Muslim Brotherhood, and other salafists make Egypt’s Christians fear for their safety even as they observe a seven-day national mourning. The threat came from ISIS itself, Moeller notes. “Their words, directly on the beach, were that this was to be a sign of attack on Christians globally,” boding a long, dark struggle ahead. Still, “They have been the Christians who have lived under Islam since the 600s. They have been Christians in that country since the time of the apostles.”

Biblica maintains bookshops in both Libya and Egypt “so they can be a place where Christians can actually receive strength and encouragement through God’s Word.” It also means there’s a connection with the Body of Christ, which comes into play during crisis. “One of our co-worker families there in Egypt visited with one of the 21 families that has been affected directly by the assassination of those Coptic Christians in Libya, and ministered to them, and shared with them through God’s Word the comfort that only God can bring in a time of such loss.”

Face to face interaction, prayer, comfort, and encouragement go a long way to sustaining the persecuted Church. Working with other ministries is part of how Biblica completes its mission. “Biblica has resourced many partners with readable and understandable translations of God’s Word, so that in the midst of the chaos of their lives, many Egyptians, Christians and non-Christians are turning to God’s Word, the Bible, for hope in the midst of this chaos.”

Tensions are also on the rise in Egypt as the call for revenge grows louder. Egypt’s leaders are in urgent meetings to decide their next move. Moeller urges prayer. Even now, “There are many Muslims who are turned out of their homes and have been put on the move and become dislocated people. And they’re asking the same questions that anyone would ask, ‘Why is this happening to me?’ We’ll only know the reasons in eternity, but God is, through His Word, providing comfort to those people.”