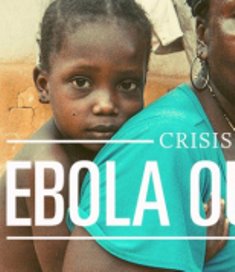 Liberia (EFCA/MNN) — By definition, a “side effect” can mean the harmful and unwanted effect of a drug or chemical that occurs along with the desired effect, or it can mean the result of an action that is not expected or intended.

Since it’s unlikely anyone intended to start West Africa’s Ebola crisis, let’s use the first definition of side effect as a frame of reference.

Focusing specifically on the harmful and unwanted effect, we’re taking a look at side effects of the current Ebola outbreak in Liberia, using information from a blog written by GlobalFingerprints. GlobalFingerprints is the child sponsorship ministry of EFCA ReachGlobal.

“In an effort to combat and isolate the virus, borders have been closed, flights cancelled, businesses shuttered, schools and government offices closed, markets shut down, and health clinics refusing to treat patients. The side effects of this are devastating.”

Thankfully, none of the children Global Fingerprints cares for were infected with Ebola. However, their lives are now being severely impacted by the outbreak’s social and economic side effects.

Maynard writes, “Even before this crisis, unemployment was around 85% and many people were living on the edge of survival. Now, the few people who had jobs are out of work. The combination of lost income and rising prices is devastating.”

The United Nations warned earlier this week that at least $1 billion is needed to contain the Ebola outbreak that’s been sweeping across West Africa since March. An estimated 2,400 people have been killed by the virus, and nearly 5,000 infections have been reported to health officials.

ReachGlobal church partners in Liberia are responding to the crisis in Christ’s name through an Ebola education initiative, supply distribution, and sanitation training. At each step along the way, believers are encouraging people with Gospel hope.

Go here to learn more about ReachGlobal’s efforts and help them with a gift.