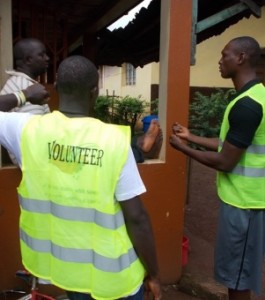 Ebola is a harsh and blatant reminder of our mortality.

U.S. troops are on the ground working against the spread of Ebola, says The Wall Street Journal. CNN says experts are developing possible vaccines and beginning to test them on humans, and another doctor exposed to Ebola has arrived in the United States for testing. These are the updates on Ebola.

How big is Ebola, really? How big will it get?

CEO and President of Living Water International, Mike Mantel, commented on some recent numbers released by the Centers for Disease Control and Prevention.

Mantel says, “There’s fear within the health community and church community that if we take reported and unreported cases together, that number by January may be as high as 1.4 million.”

He explains that this larger number includes the unreported cases as well as the officially recorded ones.

LWI works in the two most dangerous countries: Liberia (ten years) and Sierra Leone (seven years). Most of the workers on ground are nationals.

“Their focus is water access, sanitation, hygiene, and working with the local church to share the Gospel of Jesus Christ,” Mantel says.

He shares that LWI needs to adapt their strategy in light of Ebola.

Some basic precautionary movements have been to have greater protection of those drilling the wells. That includes proper equipment of boots and gloves as well as separation from community members.

Mantel says their message about hygiene and prevention must be conveyed mainly by radio rather than shared in groups.

As the problem continues to grow geometrically and therefore exponentially, Mantel says LWI must ask themselves this question: “If in fact the numbers get as high as 1.4 in Liberia and Sierra Leone, how do we then continue to pursue our mission, given those incredible numbers?”

What effect it has on the movements of the Church 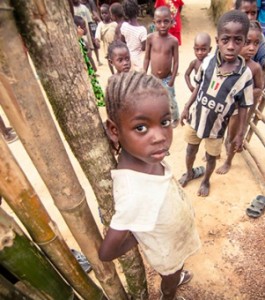 So far, Ebola has managed to be one step ahead of any effort to stop the spread. Whether it’s people stepping in too late or not working together effectively, Ebola draws up more than medical questions all across the globe.

“There’s a lot of misunderstanding, there’s a lot of fear. There’s a lot of death and fear of death. So, always when we’re confronted with our own mortality or how we’ve spent our lives, or what’s the meaning of life and what’s the afterlife, certainly people are thinking about the Gospel,” Mantel says.

Churches are asking themselves how they can best show up on a daily basis to encourage those living in fear.

Mantel says there is a very interesting link between Ebola, the Church, and sanitation.

Take Liberia, for example, where 85% of the population calls themselves Christians and attend church. This is an opportunity for church leaders to share information about Ebola, how to prevent it, and what behavioral practices they need to change to protect themselves and their communities.

And since Ebola brings up questions about death and eternity, this is an opportunity for churches to engage in that conversation and encourage communities with the truth of Jesus Christ.

“As we continue to educate and engage with the Church, the Church in a very real way can help stop Ebola as well as respond to the openness that people have for the Gospel because of the tragedy,” Mantel explains.

And churches around the globe can encourage their congregations to step up and help. Mantel says support is needed both for prevention efforts–such as those done by LWI–and for medical treatment done by other organizations such as Samaritan’s Purse and Doctors Without Borders.

Another way you can help is to pray.

“I often hear from our teams on the ground that there is spiritual darkness hanging over both Liberia and Sierra Leone related to this Ebola crisis, and they ask for our prayers: that the truth of the Gospel will shine, that the Lord will intervene, that knowledge will spread, that teams will work together, that NGOs, the governments, and the Church will work together. There’s no more powerful response than prayer,” Mantel says.

While the rest of the world grapples with the questions that arise from Ebola, Christians are supposed to have the answer: Jesus.

“I think it is an opportunity for Christians around the world to rally, to lean into an advocacy posture with governments, with non-governmental organizations, with Churches,” Mantel says.

And if you’re not concerned about Ebola because it’s so far away, consider what that attitude will mean in light of the CDC’s predictions:

“If the modeling tools really predict the future and 1.4 [million] will be infected in these two West African Countries, clearly Ebola will spread to other parts of Africa and the world. It’s important to get ahead of, even at this point, the spread.”