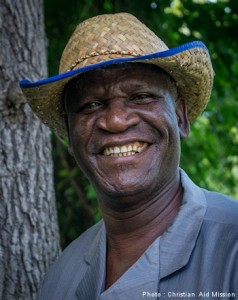 “People are dying–physically and spiritually.
This is a wakeup call for the Church.
We are taking our nation for Jesus.”
(Photo credit Christian Aid)

Liberia (CAM) — Fourteen years of civil war. The fourth-poorest country on earth. Now the Ebola epidemic threatens to wipe out thousands of lives. Is there hope for Liberia?

James Cuffee certainly thinks so. The dynamic leader of Christ Evangelical Fellowship Ministries (CEFM) recently told Christian Aid Mission, your link to indigenous missions, that churches across the country have been “very busy fasting and praying” for God’s intervention in this health crisis.

“The Church in Liberia has agreed to stand together in faith and pray against this killer disease. I strongly believe the Lord will surely work miracles as we pray in Jesus’ name,” he said.

Since the outbreak of the Ebola virus in Guinea in March, 1,552 infected individuals in four West African countries have died. Liberia has reported the most cases (1,378) and seen the most deaths: 694 as of Aug. 28. Those figures surpass the total number of deaths for all previous outbreaks of the disease combined.

Reports of 13 suspected Ebola deaths in the Democratic Republic of Congo (DRC) have heightened fears that the disease will spread further into Africa. The DRC is located in the central part of the continent, and, according to health officials, tests show this strain of the virus is different from the one in West Africa.

Two weeks ago, two  American missionaries were released from an Atlanta hospital after undergoing intense treatment to save their lives. Both contracted the disease while caring for Ebola patients at a medical facility in Liberia. Through God’s healing power, their miraculous recovery offers hope that the disease can be contained and treated in Africa, too.

If the outbreak worsens in Liberia, officials worry it could have an impact on the nation’s already tenuous food supply. Subsistence agriculture is practiced by the majority of rural Liberians. 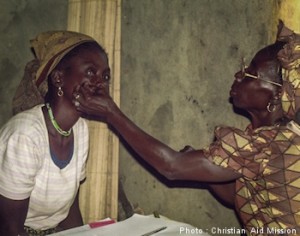 Farmers barely grow enough to feed their families, and they are always at the mercy of floods and droughts. If the family provider should fall victim to Ebola and is unable to tend to crops, his or her loved ones may simply go hungry.

The situation isn’t helped by the series of internal conflicts that ended in 2003 with the nation’s infrastructure and economy in shambles. More than a decade later, much of the country lacks electricity and water services, and 80% of the people live below the poverty line.

“People are dying–physically and spiritually. This is a wakeup call for the Church,” Cuffee said. “We are taking our nation for Jesus.”

CEFM wants to step up its efforts to meet some of the food needs through a variety of agricultural projects. When farmers returned to their villages after years of exile as war refugees, they had to rebuild their homes and livelihoods from scratch. They had no seeds, no fertilizer, no tools, and no tilled soil for planting crops.

Even today, farming is done by hand. Draft animals and tractors are almost non-existent. Rice is the primary staple, but Liberians must rely on imported food to sustain them.

The ministry oversaw agricultural projects from 2007 through 2009, but stopped due to a lack of ongoing funding. At that time they planted 10 acres of cassava outside a village in Bomi County. The villagers cultivated and sold the crop, generating a good income. Gospel workers also saw a spiritual harvest as a church was started there that is now attended by about 100 people.

Cuffee’s goal is to resurrect the project, this time planting corn, beans, cassava, and other produce on 50-acre tracts in four villages. CEFM would provide seeds, farming implements, and mechanized equipment so villagers can raise enough food to feed themselves and have some left over to sell at a local market. 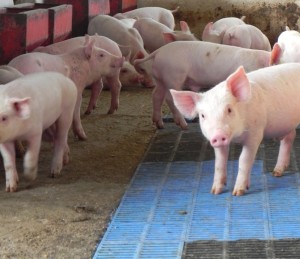 As a component of the agricultural program, the ministry would also like to provide livestock and poultry for needy families to raise. A pair of pigs ($150) will produce offspring that can be given to other families in the community for eventual breeding and for meat. A goat ($70) supplies fresh milk for children. Chickens ($5 each) can yield a steady source of eggs rich in protein and other nutrients.

In one village, a CEFM Gospel worker gave a very poor couple a few chickens. “At the end of the year, the husband built a two-room house for his family from the sale of eggs and some of the chickens,” said Cuffee. “The man was a Christian, and some of his neighbors later came to Christ because of him.”

That’s the ultimate objective of CEFM, a ministry started by Cuffee nearly 30 years ago to satisfy his people’s greatest need: the spiritual hunger of their souls. As CEFM missionaries develop relationships within the villages, they have opportunities to share God’s Word in small group Bible studies and at open air crusades that typically draw 2,000 to 3,000 attendees.

Many of the villages are located in the interior of the country, where people still practice animism and idol worship. These faithful workers know they are putting their lives at risk, but, like the medical personnel treating Ebola patients, they desire to make Christ known so that souls will be saved for eternity.

“All of these projects open the door to reach more unbelievers. It’s proof that the Church loves, cares, and is concerned about people’s needs,” Cuffee said. “Jesus saw and met needs, and because of that, the multitudes followed Him. The early Church did the same when they followed the principles of Christ.

“So, if we as the Church, and as a ministry, can follow Jesus and the apostles and do these things, we will gain more converts.” 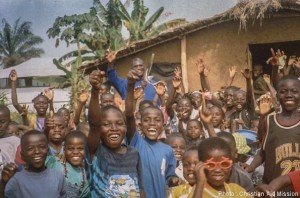 The strategy must be working, as CEFM has planted 25 churches. With assistance from Christian Aid, the ministry also cares for 100 orphaned or abandoned children and distributes food packages and necessity items to thousands of refugees still living in overcrowded settlements.

In addition, plans are underway to build a medical clinic in one rural area so villagers will no longer need to travel three to five hours to seek basic treatment. An estimated $23,000 is needed to complete the construction.

Cuffee thanked Christian Aid donors for their generous financial support that enables his ministry to reach villagers in Liberia who have never heard the name of Jesus.

“Most of the individuals we help become believers because they see the true love of God manifested through His people. They turn from idol worship and give their lives to God. They know He is providing for them.”