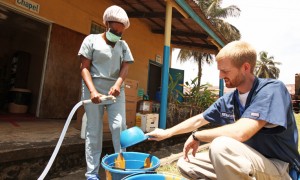 UPDATE: According to CNN, one or both of the missionaries are reportedly being brought back to the U.S. for treatment. We will try to add the most current information as it becomes available.

“Yesterday, an experimental serum arrived in the country, but there was only enough for one person. Dr. Brantly asked that it be given to Nancy Writebol,” said Franklin Graham, president of Samaritan’s Purse. “However, Dr. Brantly received a unit of blood from a 14-year-old boy who had survived Ebola because of Dr. Brantly’s care. The young boy and his family wanted to be able to help the doctor that saved his life.”

Dr. Kent Brantly and Nancy Writebol are in stable but grave condition. Dr. Brantly took a slight turn for the worse overnight. But even as he battles to survive Ebola, this heroic doctor is still focused on the well-being of others. 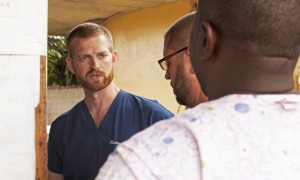 The safety of missions staff is a top priority, and Samaritan’s Purse is currently working to evacuate all but the most essential personnel to their home countries. The evacuation should be completed this weekend. The exact timeline and destinations are being kept confidential to respect their privacy. Samaritan’s Purse is taking precautions that exceed the standards recommended by the Centers for Disease Control.

None of the evacuating staff are ill, and the World Health Organization and CDC continue to reiterate that people are not contagious unless they begin showing symptoms. Following their evacuation, Samaritan’s Purse will work with staff to monitor their health. 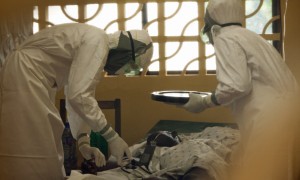 Please continue to pray for Kent and Nancy, for all those who are affected by Ebola, and for the tremendous group of doctors and nurses who are caring for them.

Dr. Brantly, a Family Practice physician, was serving in Liberia through the Samaritan’s Purse post-residency program before joining the medical team responding to the Ebola crisis. His wife and two children had been living with him in Liberia but flew home to the U.S. before he started showing any signs of illness.

Last week, Dr. Brantly recognized that he had symptoms associated with Ebola, and he immediately isolated himself.

Writebol works with SIM, which manages ELWA Hospital. SIM and Samaritan’s Purse have been working closely to combat Ebola since the current outbreak began in Liberia in March. She had been working as a hygienist who decontaminated those entering and leaving the isolation ward of the Case Management Center at the hospital. She is married with two children. 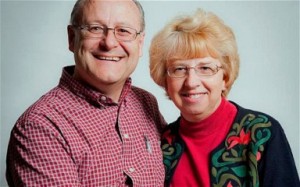 “Their heroic and sacrificial service–along with the entire team there–is a shining example of Christ’s love in this crisis situation,” Graham said.

The two cases underscore the seriousness of the horrific outbreak that is spreading throughout Liberia, Sierra Leone, and Guinea and infecting hundreds of people at an unprecedented rate. The deadly disease, which causes massive internal bleeding and has a mortality rate of 60%-90% in most situations, has claimed more than 670 lives. 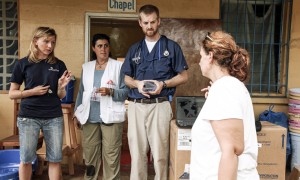 In the span of 32 years (1976-2008), the Ebola virus infected 2,232 people in remote village areas and killed 1,503. Just since early this year, the mortality rate has already claimed nearly a third of those fatalities as it has infiltrated three capital cities with populations in the millions.

Dr. Brantly completed his residency in family medicine at John Peter Smith Hospital in Fort Worth, Texas, before joining the post-residency program.

“There’s an incredible level of braveness in Kent,” Robert Earley, president and CEO of JPS Health Network, told the Fort Worth Star-Telegram. “You don’t meet people like this every day.” 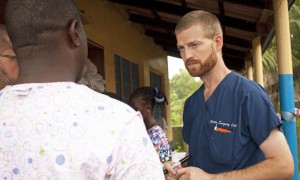