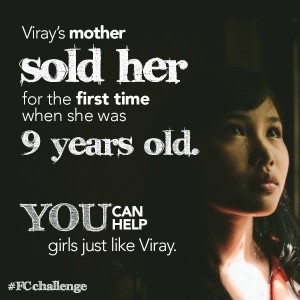 Dominican Republic (MNN) — In today’s world, more kids are at-risk of being trafficked than ever before. The percentage of human trafficking victims under the age of 18 years old jumped from 20% to 27% between 2003 and 2010, according to UN statistics. Children bought and sold for sexual exploitation make up nearly 60% of all child trafficking cases worldwide.

“Our relationship with them is really just in its infancy; we’ve been partnering and working with them for two years now. An initiative that we have coming up is our first big effort,” says Biondo.

Destiny Rescue began its rescue and restoration ministry 14 years ago in Australia. Today, the group also has donor offices in the U.S. and New Zealand.

“Destiny’s a front-line organization that stands for Jesus Christ, desiring to execute justice on behalf of these exploited people,” explains Biondo.

“They work at the very bottom of the process of rescue–in the brothels, in the dark places, in the evil streets–inviting girls, children out into places of restoration.” 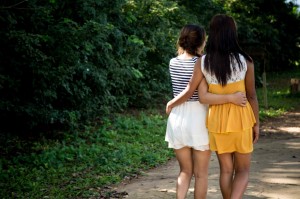 Biondo says introducing kids to Christ is a complicated process, but Destiny Rescue’s workers are more than fit for the task.

“You are talking to some of the most broken, fragile lives on our planet, and I’m not exaggerating,” Biondo explains. “They’ve been abused by everybody in their lives; they don’t trust anybody.”

Equipped with professional training and motivated by their love for Christ, Destiny Rescue’s “house moms” show love to and gain the trust of child trafficking victims. These relationships gradually open doors for Gospel conversations.

Fighting darkness in the Dominican Republic 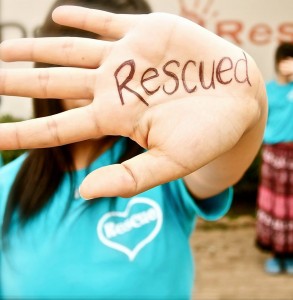 Over the past few years, Family Christian’s support of Destiny Rescue’s work has been primarily financial — they want to turn a new page in 2015.

“We have been sending them donations and funds that we raise through [the] selling of different products. Now, we want to start working alongside them in a more deliberate way, in a profound and strategic way,” Biondo shares.

“We’ve started the process already. Now, we need to partner and share this story with our guests.”

Catch MNN on your favorite radio station and visit our Web site during the next two weeks to find out why Family Christian and Destiny Rescue are turning their attention to the Dominican Republic, and how you can help during the last week of November.