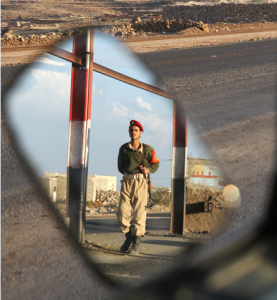 Open Doors USA President and CEO David Curry explains, “This group which has taken over has slowly been ratcheting up the pressure. Finally then, just a couple weeks ago when we last talked, they took over the Presidential Palace. They said it wasn’t a coup, but of course, now they’re in charge.”

On 22 January, the Houthi militia dissolved parliament and put President Hadi and his Cabinet under house arrest. The group then announced plans to form its own government, causing Hadi and his ministers to resign in protest. So far, United Nations-mediated efforts to get the two sides talking have failed.

Meanwhile, the State Department confirmed it has closed the U.S. Embassy in Yemen and evacuated its staff due to security concerns. The crisis could get worse before it gets better. Aside from the fact that an elected government has been overthrown, it was propped up by Saudi Arabia. Now, “You’ve got Shiite and Sunnis within those regions that are having a tug-of-war,” says Curry. “You have Saudi Arabia, which is a direct neighbor of Yemen, which has one faith, and then you have Iran which has a different idea.”

Anarchy is the next step, notes Curry. “We make the argument that the persecution of Christians is a lead indicator of which regions and countries are going to tip into chaos.” It’s a recipe for disaster in an already unstable region. “You have all of the necessary ingredients: you have extremism, you have a power struggle, you have lack of a strong central government, and you have a lot of money flowing in, both from Saudi Arabia [and] from Iran.” 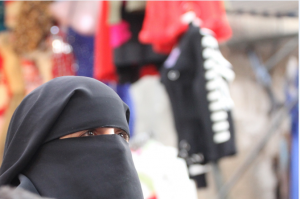 Up until now, Yemen’s Constitution declares that Islam is the state religion and Sharia Law is the source of all legislation. Muslims are forbidden to convert to another religion. Yemenis who leave Islam may face the death penalty.

Christian converts from Islam face persecution to such a degree that they need to live in secret. That’s unlikely to change. Curry says having the Shiites in control instead of the Sunnis isn’t necessarily better for Christians in the region, adding that the Houthis are extremists in their own right. “You know what it’s really about? It’s [about] what do I believe? Do you have the right for yourself, in Yemen, to think for yourself? The answer is No.”

Yemen ranks 14th on the Open Doors World Watch List, a ranking of the world’s 50 worst countries known for the persecution of Christians. Despite the hostility toward Christ and those who follow him, Curry says there is a group of Christians, deep underground. “We’re trying to support the Church wherever it would be. In Yemen, the Church is small. We want people to have the freedom to worship Jesus, to read their Bibles, to convert to Christianity if they so choose.” 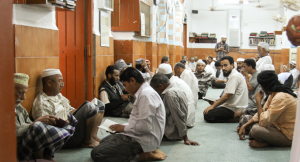