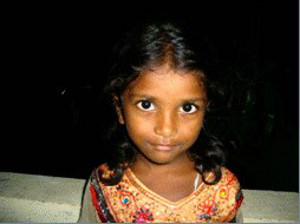 India (MNN) — Tomorrow marks the International Day of the Girl. Starting in 2011, the United Nations designated October 11 as a day to raise awareness of girls’ inalienable rights, as well as the challenges they face worldwide.

“One of the greatest problems that they face–and then, consequently, we as missionaries working with them face–is the predators,” Bishop explains. “The predators are after young girls and women to be forced into sexual slavery.”

As noted earlier this week, an estimated 14 million young girls worldwide are married as children, and it’s estimated that a girl is trafficked every 30 seconds. According to the Global Slavery Index, India holds nearly half of the world’s modern-day slaves. 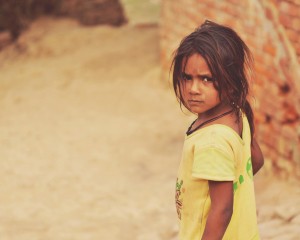 The 2014 Trafficking In Persons (TIP) report puts the number of India’s female sex trafficking victims somewhere in the millions. While girls from Dalit backgrounds are one of the usual targets for traffickers, victims come from other places, too.

“A large number of Nepali, Afghan, and Bangladeshi females — the majority of whom are children aged 9-14 years old — and women and girls from China, Russia, Uzbekistan, Azerbaijan, the Philippines, and Uganda are also subjected to sex trafficking in India,” reads the TIP report.

“One of the things that we have a great heart for in India is protecting those children that are at highest risk,” Bishop notes.

That’s partly why Far Corners wants to build a bigger children’s home in Andhra Pradesh. Far Corners’ India Field Director and his wife have been housing, feeding, clothing, and teaching vulnerable street kids, as well as introducing them to Christ, for the past few years. Their home is now “bursting at the seams” with 39 street kids, in addition to their own family. 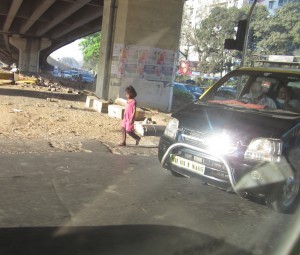 It’s taken two-and-a-half years to get expansion permission from India’s government. But, Bishop now excitedly reports that their request has been granted, and the ministry can finally start to build.

“So often, you hear the phrase, ‘What’s the catch?’ Well, there’s a catch,” says Bishop.

During the two-and-a-half years it has taken Far Corners to get a building permit, costs have continued to increase: they’ve now risen by 35%. In addition, Bishop says, “One of the standards that is now required in India for a children’s home is what they refer to as a ‘barrier wall’ built around the entire compound.”

The wall needs to be 9 feet tall and 744 feet long in order to completely surround the new children’s home. And, Bishop adds, it wouldn’t just protect vulnerable kids from predators: the wall would help protect everyone from Andhra Pradesh’s annual monsoon season.

This is where you come in.

Neither the wall nor increased costs are accounted for in Far Corners’ budget. They need help covering these unexpected expenses. 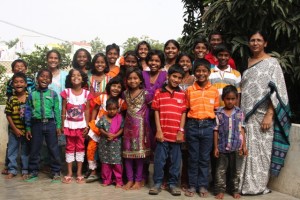 “We would love to have people share in the costs of getting this home built,” Bishop says. “For about $33, you can build a foot of this [wall].

Click here to help Far Corners build the wall, and then share this story with a friend or two on social media to get more people involved.

Listen to the full interview to hear how many kids can potentially be helped by building this new facility.