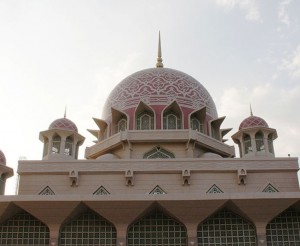 Malaysia (ODM) — Amendments implementing the hudud law (Sharia penal code) were passed unanimously by the legislation of Kelantan state in Malaysia on March 19th. The next step is to submit two bills in the federal parliament in order for the hudud to be enforceable. Open Doors USA reports these bills will be tabled at the next Parliament session starting in May.

“The bill has not been implemented in Kelantan despite being passed in 1993 due to changes required first to the federal constitution,” wrote Channel News Asia.

The hudud law, a set of laws and punishments specified by Allah in the Quran, is seen as a subset of the Sharia Law. Under this law, theft, robbery, illicit sex, alcohol consumption and apostasy are offences punishable by flogging and amputation. Though these laws primarily govern Muslims, in the case of Indonesia and Brunei where such laws are partly and fully implemented, Christians have also been affected.

Moreover, if pushed through, the law will create a serious dilemma for Malaysian Muslim-Background Believers (MBBs). All of them are secret believers who have retained their Muslim legal identities. Under this law, they can be punished for apostasy and illegal marriage; there are MBB couples in Malaysia who lack a formal marriage license because obtaining the license requires making a statement of allegiance to Islam.

Join Open Doors in this prayer: Father, we pray that You will overwhelm these Malaysian Christians with Your grace as they move into this time of unknown. Give them Your peace and the assurance of Your Spirit at work in their lives. We pray for lawmakers and those in various areas of governance that God would overrule with godly fear and wisdom, and that the hudud law would not be put into effect. In the name of Jesus, who rules over earthly kings and princes, Amen.