Russia (VOMC) — [Editor’s Note: It’s been well over a year since the trouble with Russia and Ukraine involving Crimea began. There remains a lot of activity to cause concern in Crimea. Earlier this week, BBC reports, Russia shut down a Crimean Tartar television channel. Voice of the Martyrs Canada shares another way Russia is cracking down on Crimea and how you can pray.] 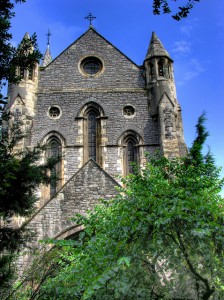 One year since the annexation of Crimea by Russia, Ukrainian Christians say they are facing persecution by separatists. Evangelical churches in particular have come under severe restrictions in Crimea, and a church leader is warning that Ukrainian churches will also lose their religious freedom if the Russians take control of their country.

“Paul,” a partner of VOMC’s sister mission in the United Kingdom, reports that separatists are accusing evangelical Christians in the Ukraine for spying on behalf of the West. Subsequently, the separatists have confiscated their church buildings. Paul, who planted many churches in the former Soviet Union, further notes that some believers in the occupied areas were killed. “After annexation, Ukrainian churches [were told] they had no right to exist there,” Paul explains. “Every church has had to be re-registered. Some pastors and priests have been forced to accept Russian citizenship.” Those who refused, he adds, were forced to leave.

Amid the current climate of instability, pray that the faith of believers living in Crimea and Ukraine will be unwavering and secure. Additionally, ask God to work in the hearts of the separatists so that they, too, will come to accept Jesus as Saviour and Lord. May He also bless Paul and the other Christian workers ministering in this troubled area of the world, granting them greatly needed wisdom and encouragement as they faithfully serve these suffering Ukrainian people.

To post your prayers of support for our Christian family in Crimea and Ukraine, visit Persecuted Church Prayer Wall.