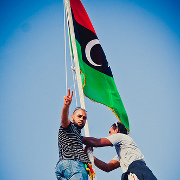 Libya (MNN) — A failed state is a state perceived as having failed at some of the basic conditions and responsibilities of a self-determining government.

Somalia comes to mind when using that terminology, and now, another country comes to mind. Todd Nettleton, a spokesman for the Voice of the Martyrs USA, says, “You have a very weak government. You have different militant groups that are controlling different parts of the country. There’s fighting between them for power and for control of territory. In that sense, Libya and Somalia look a lot alike.”

Libya is being torn apart by its deadliest fighting since the ouster of Moammar Gadhafi in 2011. His removal created a power vacuum, and without a democratically-elected government to replace the dictator, pushed the country to the brink of becoming a “failed state,” explains Nettleton. “What is happening is a huge power struggle between different militant groups, militia groups inside Libya. The fighting is ongoing. It has now forced the evacuation of the U.S. Embassy as well as some other Western embassies.” Newly-elected lawmakers struggled to find a safe location for their first sitting of the House of Representatives, held on 28 July.

He says a big difference between Somalia and Libya are the resources. However, violence in the oil-rich country threatens to destabilize the region. “We’re looking at a situation where nobody is really in control, and there are a lot of people who are fighting for control or for power. It’s running down into becoming a war zone.” Of the militias filling the void, only some have Islamist ideologies, adds Nettleton. “The good news is: right now the different groups are focusing more on each other and trying to gain control of the country. They’re not focused specifically on persecuting Christians or persecuting minority groups or stopping evangelism from happening.”

Persecution of the Church 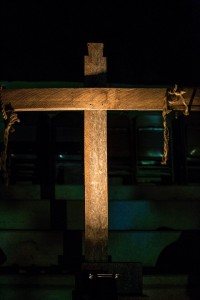 This is one of the most difficult North African countries in which to be a Christian, notes Open Doors. In an absence of the rule of law, violence against Christians has increased. Nettleton observes, “One of the impacts is simply that a lot of the Gospel workers from outside the country have had to leave or will have to leave if this instability and violence continues.” Among Libyan believers, he says, “Just living becomes a challenge, let alone the issue of ‘how are we to reach out to our neighbors?’ Or, ‘How am I going to share the gospel with my Muslim friends/my Muslim family?'”

Most Christians are afraid to meet with other believers, as any kind of non-Islamic religious gathering for Libyans is forbidden. Ex-pats can have their own churches, but Libyans are not allowed to attend.

Nettleton urges you to stand with the remnant Church in Libya. “Pray for the protection of the believers there, that God would sustain them, that He would protect them and watch over them. Pray for opportunities to witness because there is upheaval, there is violence. That can be an opportunity to say, ‘Let’s talk about eternity.'”