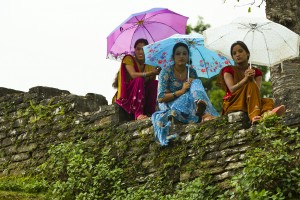 The process first began in 2008, when Nepal changed from Hindu kingdom to democratic republic. Deadlines have come and gone, and power has repeatedly changed hands among political parties.

In the run-up to today’s deadline, pressures surfaced when lawmakers got violent in parliament, throwing chairs and microphones. Whether officials can agree on a new constitution or not, and what exactly that ruling document entails, will undoubtedly trigger even more ripple effects.

As noted in a previous report, Nepal could fall into crisis mode if no agreement is reached by political leaders. Maoist government officials have already called for a nationwide strike, resulting in violent protests and chaos.

“In spite of what happens in the next few days, with the government collapsing or surviving or whatever, God’s work will continue,” notes Audio Scripture Ministries India-Asia Director, JP Sundararajan.

“We just hope the door stays open so we can actually be a blessing to those already on the field.”

Please keep Nepal’s leaders and its people in your prayers today. Pray for violence to stop escalating, and ask the Lord to protect ASM’s contacts in Nepal. 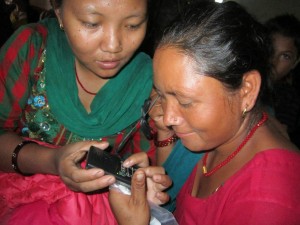 Nepal’s long history as a Hindu Kingdom has resulted in lots of opposition to Christianity.

“The main concern for a long time, for us, has been the closed door that we’ve always found in Nepal,” Sundararajan states. “But right now, Nepal is probably one of the thirstiest regions in the world, as far as God’s Word is concerned.”

According to Operation World, 93% of Nepal’s 30 million people have yet to hear about Jesus.

“We are sensing from the believers there in Nepal that they need to get more Scripture…into the hands of their people. So, we’re trying to mobilize our resources and get there as quickly as we’re able,” says Sundararajan.

It hasn’t always been easy, though.

“It was just a few weeks ago that we had completed and edited a recording of the New Testament, and already we are getting a TON of feedback from pastors as well as the translator that was involved in this work. People are very excited about the imminent release.” 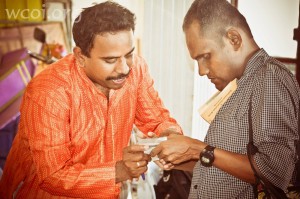 “We’re kind of, basically, sending a trickle of audio Bibles into a place where they expect a flood of it,” he says.

“We hope to be releasing this New Testament in the next few weeks, and we are looking forward to what 2015 will do through this recording in the churches in Nepal,” Sundararajan says.