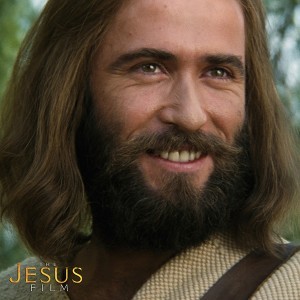 Iran (JFP) — [Editor’s Note: This JESUS Film Project story shares how their JESUS film and mobile app are bringing a difference to the world, even in places where Christianity is rarely accepted.]

Aafiya* cringed at the brutal murder unfolding before her eyes. Tears of sympathy escaped as she watched the stranger on television breathe his last. Instantly, Aafiya felt a hand on her shoulder–not just a light tap, but a calming pressure. Too scared to turn around, Aafiya immediately sensed the presence of Jesus–the man on TV. Somehow, this Son of God no longer felt like a stranger.

Aafiya was watching the JESUS film in her heart language, Farsi, via Mohabat TV, the satellite station–named after the Persian word for God’s agape love–that broadcasts the gospel into North Africa, Europe, the Middle East, and the Arabian Peninsula. Mike Ansari, director of operations for Mohabat TV, recalled Aafiya’s comment to a call-in counselor after watching JESUS and inviting Christ to be her personal Savior: “Why can’t people see that Jesus died for all of us? I’ve got to go tell.”

“Go and tell” the gospel is at the heart of the mission of Mohabat TV and The JESUS Film Project®, who is adapting its Jesus Film Media™ mobile app into Farsi for the station and others ministering to Farsi speakers. Mohabat’s regular programming includes the broadcasts of JESUS, Magdalena, and Rivka films.

“We’ve never seen anything like this. It’s going beyond politics, religion, and cultural borders,” Ansari said. “When we air the JESUS film, immediately there’s a connection; it is a supernatural connection.”

After moving to California from Iran, Ansari and other members of his Muslim family responded to the gospel through a JESUS film they received from a local church. Ansari’s mother had a dream about heaven and was told she’d receive an important white envelope containing something that would change her life. A few hours later, while attending her first church service, Mrs. Ansari responded to the altar call and surprisingly received a white envelope. Inside: a Bible and a copy of JESUS.

Today, people with no knowledge of Jesus Christ are coming to faith through means such as dreams and visions, Web sites, short films, social media, and mobile apps. Specifically the Jesus Film Media mobile app allows people to view and download JESUS in more than 1,200 languages, as well as other evangelistic and discipleship films directly to their cellphones. Soon the Jesus Film Media technology team will release a new version of the app for viewing on tablets and iPads.

“Everybody is a global missionary now because of the Jesus Film Media app…. It’s super simple,” explained Mark Mayers, a JESUS Film Project development regional manager. “We are offering partners…everything we have on our digital platform, for free. It’s astoundingly exponential in terms of their ability to offer access to the gospel through their spheres of influence.”

The Jesus Film Media platform makes it easy to view and share the ministry’s more than 75,000 videos. The JESUS film itself is divided into 61 two-minute clips, perfect for a mobile ministry and engaging others in spiritual conversations. Nifer Sims, the mobile and Web product manager of Jesus Film Media, sees more and more creativity from ministries and groups as they tap into the digital film library to “allow their apps and Web sites to wear the cultural clothes of the people they are reaching.”

In one area of the world that is extremely hostile to Christianity, a ministry leader recently stated that while large showings of JESUS are impossible, the use of cellphones and tablets have “made ministry now easy.”

Technology provides new and relevant ways to personally connect people with Christ as Savior–no matter where they live–even if at first, He is merely a stranger on a TV, computer, or cellphone screen.

Want to donate to The JESUS Film Project? Click here!