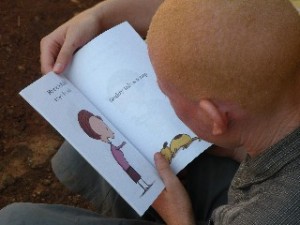 Uganda (MNN) — What is Christmas about? While you’re considering that, we’ll explain some context in this story.

In many African countries, “albino” children are both feared and hunted.

Albinism (Latin: albus “white”) is actually a medical condition in which the body produces little or no pigment. In every other way, an albino is a normal person, but because they are different, they are ostracized. They are also hunted by witch doctors throughout East Africa who use their bones in potions they sell to those who think they bring prosperity.

At Every Child Ministries, a Christian mission for the forgotten children of Africa, they operate in the knowledge that albino children are valued for a different reason: because they are created in the image of God. 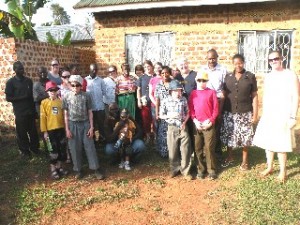 ECM’s Lorella Rouster says, “Many children with albinism are ridiculed, and so are their parents. So, those families just live with this constant rejection. Most fathers desert their families, and sometimes, even the mothers as well.”

These kids are the lowest of the low in their societies. They are despised, rejected, and considered cursed (or smitten by God).  ECM has been working in Tororo, Uganda, establishing a center to help these children.

Is this starting to feel familiar? According to Luke’s gospel, the angelic announcement of the birth of the Savior of the world came not to important dignitaries or kings, but to shepherds tending their flocks in the middle of the night. While the recipients of the message were certainly important to God’s plan, equally so were the sheep they watched.