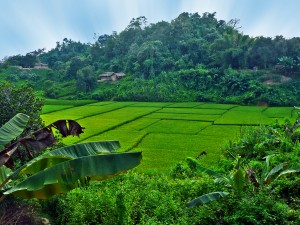 Bangladesh (MNN) — This is actually a Christmas story, but first, some background. Once upon a time, a Burmese king named a tribal group in Bangladesh for their wisdom. The name he chose derives from the Sanskrit word for beholder of power. People of this group served Burma’s kings as translators, interpreters, and advisers of sacred Buddhist texts. The name of this tribal group: Chakma.

Now, some more recent history. The Chakma resisted the migrations of ethnic Bengalis into their lands. The conflict grew from there, only to be quelled violently. Enmity and mistrust remain, in spite of a peace treaty in 1997. Many members of the tribe remain isolated in rural parts of the country.

On his last trip to Bangladesh, Bruce Allen of Forgotten Missionaries International visited a Chakma village. “Bangladesh is the third-largest Muslim dominant country in the world, even though it’s the size of Iowa. It contains the equivalent of half of the population of the U.S. The Chakma tribe in Bangladesh consists of about 300,000 people, but even though it’s in this Muslim-dominant country, the tribe is predominantly Buddhist, so it’s a very strange enclave.” 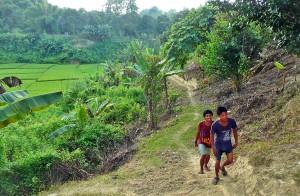 Allen goes on to say that the schism between the Chakma and Bangladesh still exists. “I had to go through three checkpoints to get in. This is an area that’s restricted to foreigners. I had to obtain special permission from the Bangladeshi government even before I left the U.S. to get into this area. The Gospel is getting into places where Western missionaries would not have access, simply because we’re supporting the national pastors who already live there.”