Ukraine (MNN) — In a last-ditch effort to bring peace to the region, leaders of France and Germany traveled to Moscow. As German Chancellor Angela Merkel and French President Francois Hollande are pushing for peace, many in Europe believe Russian President Vladimir Putin has more than Ukraine on his mind. 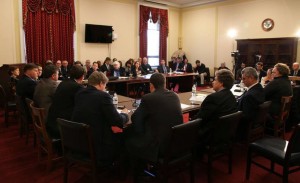 That, coupled with additional frustration over the West’s inaction, pushed Ukrainian Americans and friends of Ukraine to demonstrate in front of the White House Friday, asking for U.S. government action. They’re appealing to President Barak Obama to send in weapons to help Ukraine defend itself against Russian-backed separatists who are using sophisticated Russian weapons, allowing them to seize even more control of Eastern Ukraine.

However, experts believe that would be the trigger for Putin to send in Russian troops in an all-out assault and invasion of Ukraine. 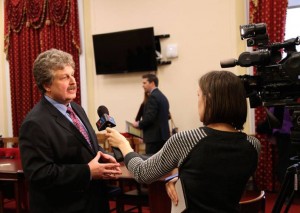 President of Mission Eurasia (formerly Russian Ministries) Sergey Rakhuba and a delegation spent a few days in Washington, D.C. to raise awareness of the plight of Ukrainians. While it appears to be a political conflict, Rakhuba says it’s also a religious one. “All these atrocities, all this killing, is done by the separatists who have chosen militant orthodoxy, which is a totally unique case just for that specific area. They even raise the flag of the Orthodox army that they’re trying to form.”

While the large orthodox churches and leaders renounce this action, evangelical Christians are under attack. Rakhuba says, “There [are] 27 evangelical leaders who are still missing. 40 churches have been taken over by the pro-separatist forces supported by Russia. One of the Christian universities in Donetsk has been taken over and now is a military post.”

Mission Eurasia hosted a Round Table discussion and other events, inviting U.S. lawmakers and diplomats to hear about the atrocities in Ukraine.

Evangelicals aren’t the only ones suffering, though. Reports suggest more than 5,000 people have been killed, which many believe is a low estimate.

Mission Eurasia is providing I-Care Packs for families who have been displaced by the fighting. They’re also providing shelter, trauma counseling and training for Christians, Scripture, and more.

You can help by financially supporting their efforts with a generous donation. Rakhuba says prayer is also needed. “Pray for wisdom for the national leaders of Ukraine. Pray for Mr. Putin that God would talk to his heart. He needs God. God can transform his heart. God can transform in one instant if the heart of Putin can get touched by the Gospel.”

Listen to the interview with Mission Eurasia’s President Sergey Rakhuba below.