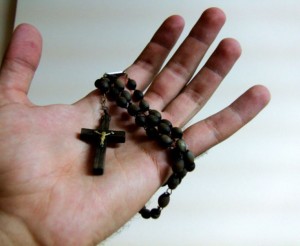 Egypt (MNN) — Close your eyes and imagine for a second that you are a Christian living in southern Egypt. Your church was destroyed, and when government approval was given to rebuild it, Muslims stepped in to stop it.

This is a reality for Coptic Orthodox Christians in Egypt. Open Doors USA reports that Muslim leaders are requiring them to agree to certain conditions before they can rebuild their church.

When construction started on the new church, Muslim extremists in the village stirred up a group to stop the work. Eventually, the Samalout police department called for a meeting between leaders from the church and more than 100 Muslims from the village who didn’t want the church rebuilt. Police attempted to persuade the angry crowd to allow the construction of the church to take place with without opposition.

After the meeting ended with no resolution, the angry Muslims returned to the village. They took to the streets, shouting: “Egypt will become an Islamic State.” They also chanted hostile slogans against Christians and stoned the houses of some Christians. That brought fear to the hearts of peaceful Christians of the village.

Although Christians had legal permission to build the church, the hardness of fanatic Muslims in their village did not allow them to do so. Moreover, the Christians villagers are now under frequent attacks and harassment as a punishment for their desire to build their church. Meanwhile, the police didn’t want to engage in a clash with the radical Muslims in the village, fearing that the situation could fall out of control. Later Muslims from the village and the police reached an agreement after negotiations, according to an update from a Christian leader.

– The church must be built on only 400 square meters of total property with no steeple, no church bell, no crosses, and no construction of any type that shows the building is a church.

– It must only have one floor.

– The entrance should not be by the main road, but by the side walkway.

– If the new church building is knocked down or burned for any reason, it must never be rebuilt again

The conditions above, once accepted by the church, must be legally registered so the Christians could never be able to negotiate them again.

Open Doors is asking that you pray for these Christians facing harassment and torture on a daily basis. Egypt is ranked #23 on the Open Doors 2015 World Watch List of the worst persecutors of Christians.