Libya (MNN) — Three members of a Christian family living in Libya are dead today after what’s being called a religious attack. 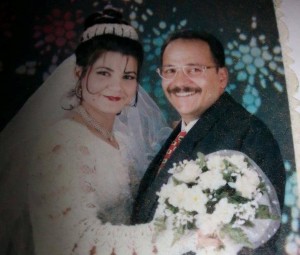 Magdy Sobhy Tawfiq, Sahar Talaat Rizk were married in 2000. They were killed in Libya December 23, 2014.

Voice of the Martyrs spokesman Todd Nettleton says, “A Christian couple from Egypt was murdered in their home, as well as their teenage daughter who was initially abducted from the home. Her body was found three days later. Three members of the family were killed. There are two daughters left.”

The dead are Dr. Magdy Sobhy Tawfiq, his wife Sahar Talaat Rizk, and 13-year-old Catherine. They died last week in the Libyan city of Sirte–halfway between the capital Tripoli and Benghazi.

Nettleton isn’t sure who’s responsible for the murders. “Their daughter had apparently been threatened because she didn’t wear a veil like Muslim girls do. It’s unclear exactly if that led to the attack, or if there was something else.”

The family had lived in Libya since 2001 serving in the medical field. 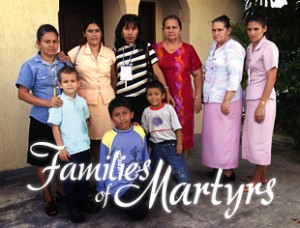 Libya has been in chaos, Nettleton says, since Muammar Gaddafi’s assassination. “The government there is fighting against these radical Islamic groups that want to push Libya in the direction of the Islamic State. The government is at least trying to fight against that.”

What’s the message coming from this tragedy? Nettleton says, “This is a sobering reminder that if 100% follow Christ, if we go to all of the places that He leads us, there is some danger in that.”

He’s asking you not only to pray for the two young children left behind, but you can support them and people like them through the Voice of the Martyrs The Families of Martyrs Fund. “In situations like this, it provides financial help, education expenses, housing expenses, whatever the need is. Many people choose to give to The Families of Martyrs Fund as a way of responding to situations just like this.”