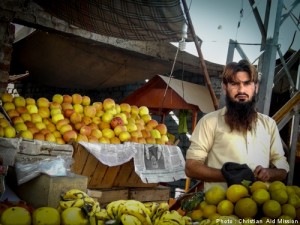 The streets of Lahore have been restive since Sunday’s Taliban attacks on two churches. 17 people died when two suicide bombers blew themselves up at security checkpoints.   Sarla, of Christian Aid Mission, your link to indigenous missions, says five indigenous ministries they help have sent the same message: “Pray for us.”

82 people were injured in the church attacks which were followed by Christian riots. Protesters blocked roads for several hours in big cities around the country, damaged public property, and threw rocks at police.

Sarla explains that the churches were easy targets, in spite of the promise of government protection. “Now, as of today, they have given security to the churches, but it’s not adequate, so there’s a sense of injustice.”

She adds that while it’s calmer, it’s also not over yet. “There are many injured still in the hospital. As the death toll rises, the anger is going to be rising also. They feel, as minorities, that the government has promised [protection] (that is a democratic government), but the minorities have always been a target.” 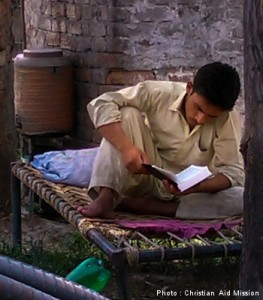 Monday’s mob lynched two suspected militants, which prompted this response from Christian leaders: “The Bishop of Lahore has asked for the Christians to restrain and to not return the violence.” Fear and anger are hard to silence. Sarla acknowledges that “It is a challenging time in the midst of hatred. How do you show the love of Christ?”

Fear plays a role as much as anger does in the riots. Jammatul Ahrar, an off-shoot of Tehreek-e-Taliban Pakistan, has claimed responsibility for the attacks, saying that Christians are their enemies. Christian leaders in the region warn of more attacks being likely.

Yet, workers are determined to contribute to the advance of the Gospel and the planting of churches, in spite of various challenges. Christian Aid Mission supports indigenous missionaries in Pakistan who provide relief aid in the midst of disaster, distribute Christian literature, and open up Christian schools to educate the poor, all while living with the threat of persecution and violence.

In the wake of disaster, here’s how followers of Christ are living like their namesake: “They are talking to their people, they’re showing mercy, and they’re visiting the hospitals. They’re asking for prayer and wisdom and courage to love–[to] show the love of Christ in the midst of this kind of challenge.”