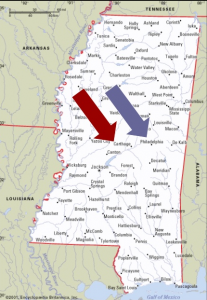 USA (MNN) — One size does not fit all under “Native American.” The tribes are as unique as their languages, and the fight to preserve those cultural heritages has become a frontline war, now.

Take the Choctaw, for example. They’re originally from the Southeastern part of the United States (modern day Mississippi, Florida, Alabama, and Louisiana). The Choctaws in Mississippi are descendants of those who stayed behind instead of traveling to Oklahoma as part of the Removal (also called The Trail of Tears, beginning in the 1830s).

Today, the Mississippi Band of the Choctaw Indians (MBCI) is a federally recognized tribe. There are approximately 10,000 registered tribal members. Life has modernized and so has the language…and that has presented a unique challenge.

For those who follow Christ, having a Bible in the Choctaw language has been long in coming. Laura Christel Horlings with Wycliffe Bible Translator gives a little history. “The New Testament was translated into Choctaw in about 1832 by a missionary named Cyrus Byington. He did a couple books of the Old Testament, but when he died, nobody took over after him. The Choctaws that love the Lord still use that old Choctaw New Testament, but it gets very clumsy.”

In other words, today’s Choctaws are reading God’s Word in a language nearly 200 years out of date. She says, “A lot of them will go back and forth between the old Choctaw and the English in order to understand the meaning.” It was clear that an updated translation was in order. 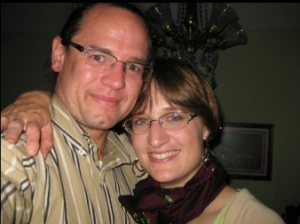 In 1992, the Choctaw Bible Translation Committee was formed. Its goal: to preserve and promote the Choctaw language by translating and publishing the Bible and Christian literature in the modern Mississippi Choctaw language. Why? To help younger generations read and understand the Word of God in Choctaw. Horlings says, “The churches are losing their young people. In fact, they’re losing people. The churches are getting smaller and smaller…except, I’ve seen in both churches that the one translator (who became a pastor) preaches, his churches are always growing.”

She handles the exegetical checking and manages the project. Right now, “We have drafted the whole New Testament, and a couple of the books are published. A good deal of it has been checked, but the remainder of it is to check about 15 of the books–both community and consultant checking.” Even before the project is finished, the Choctaw are inhaling the Word of God. This same aforementioned pastor tests his drafts by reading them aloud to the residents at the Choctaw Elderly Center. He also uses them practically. “His sermons always come from his study of the book that he’s translating. It has had an impact on that church. It has grown these two churches. The impact is very real.” 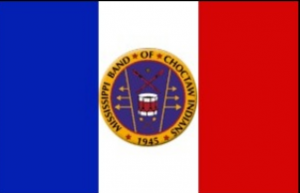 The translation helps preserve both the language and the culture. It also puts the end users on the frontline. Horlings says as they continue working, “Praying and giving right now, we need to mobilize both. The spiritual resistance is real. In order to finish this revision, we really need to have one or two full-time translators. Right now, we are working with two part-time translators.”