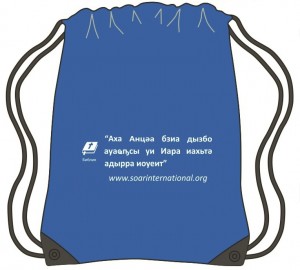 Abkhazia (MNN) — Sometimes entire countries feel isolated from the rest of the world. One of these is Abkhazia, a small disputed country, south of the Russian border near Sochi.

Most of the world considers it a part of Georgia, though some countries count it independent.

In the early ’90s and 2000s, Georgia and Abkhazia fought against each other over the latter’s independence. Recently the country has become a focus of a particular ministry effort of SOAR International.

Greg Mangione of SOAR says, “Without getting into the politics and the right and wrong of that part of it, the result has been a very visibly war-torn country: high unemployment, high poverty, a lack of a lot of basic infrastructure.”

During their time working in Sochi, SOAR partnered with many churches who worked with churches in Abkhazia, and they began providing aid for spiritual needs.

Mangione says, “Last year we put together these little backpacks with school supplies in them and shipped them over to the churches for them to give them out. Items of all kinds are greatly needed.”

Mangione was later able to meet with the majority of the pastors who helped distribute the bags.

He says ,”They just couldn’t stop talking about how positive that was–sending those backpacks with school supplies, how it encouraged them and helped their ministries. The kids loved them, and they see the kids still carrying these backpacks here almost a year later.”

SOAR is doing the project again, and this year they’re also putting together a container with basic humanitarian needs including dried food, clothes, bed sheets, and shoes.

They hope to ship the container out by the end of this month or early next month.

Mangione says they are very excited to minister to these communities.

“We just appreciate prayers that these humanitarian aid shipments will both meet a physical need…and also give the church further respect in the community and an opportunity to share the Gospel of Christ.”

Mangione explains that the people of this country feel lonely, abandoned, and politically isolated. “I was struck by the encouragement of our short two-day visit with these pastors…in an area not too far away from Russia. They definitely were hungry for fellowship and meeting with folks outside.”

Many of the pastors eagerly shared about their ministries. “The Gospel is changing lives,” Mangione says.

One of the big things this partnership focuses on is assuring the people of Abkhazia that they are interested in ministering to the individual, not different groups. They want to share the hope of Christ with everyone.

The container will be shipped from Washington. If you’re interested in helping SOAR with this and future ministry to this country, click here or contact SOAR here.

How can you pray for Abkhazia?

Pray “that the churches would grow, would be strengthened. Everywhere I go these days, it seems like a big prayer need is more ministers, more people to work in the church. The pastors there are spread very thin as they’re trying to take care of their church members, take care of their families,” Mangione says.