Lebanon (MNN) — According to multiple reports, the Islamic State (ISIS) has hit a new low. While ISIS isn’t the first terrorist group to recruit and deploy child soldiers, one official told the Associated Press that the Islamic State’s veracity and boldness sets them apart.

“ISIS seems to be quite transparent and vocal about their intention and their practice of recruiting children,” UNICEF’s regional child protection adviser for the Middle East and North Africa, Laurent Chapuis, told the AP.

In a report earlier this month, an Islamic State fighter in Syria confirmed Chapuis’ observance to NBC News.

“We should start to train them from now because they will complete what we started: the expansion of the Islamic caliphate,” said Abu Dujana.

The Islamic State’s recruitment of child soldiers comes as no surprise to Baptist Global Response (BGR), says Jeff Palmer. However, he hopes their ministry to Iraq and Syrian refugees can help prevent the exploitation.

A few days ago, ISIS released videos and pictures of child soldiers supposedly recruited from Kazakhstan.

“This is a strategy to ‘win over’ the hearts and minds of the children and indoctrinate them for future ‘muhajadeen,'” explains Palmer.

He says BGR employs a different strategy to “win over” the hearts of refugee families for Christ: compassion. The ISIS crisis continually puts families in an extremely difficult position. 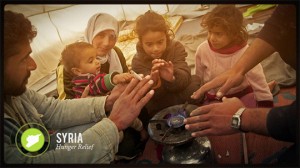 Without a male defender and head-of-household, women and children become extremely vulnerable to predators like ISIS. BGR and their national church partners are meeting susceptible refugees at their greatest points of need by providing things like food distribution, winterizing shelters, and education.

“In the midst of the [physical] ministry that’s going on, there’s also that word of hope and Truth that’s going forward.”

Helping BGR and their church partners share the Gospel with refugees by meeting physical needs is certainly important. But, committing to pray for the ISIS crisis and those ministering the love of Christ is even more vital.

In this interview, Palmer shares the following prayer requests: 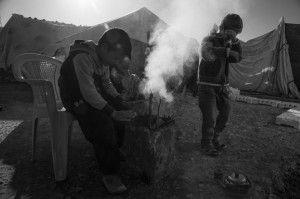 “Pray for [our partners], not to be safe, [but] pray for them to be bold,” Palmer concludes.

“Pray also for those of us in leadership to have wisdom and knowledge [when choosing] the areas in which to work. There’s so much need.”